Two groups of litter pickers in Olton and Lyndon wards collected more than 145 bags of rubbish between May and December 2016. The brain child of community superstar Chris Dunster, and supported by Lib Dem ward Councillors, the volunteers cleared the streets of Olton and Hobs Moat every month. 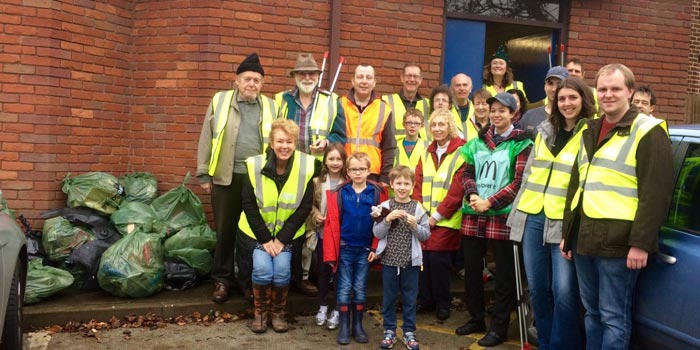 (Can you spot the three Lib Dem Councillors in the picture? In the doorway, wearing a hat is Chris Dunster)

The bulk of the rubbish was collected in Olton, where the "Literary Litter Pickers", as they're known, first began. The Hobs Moat group begain in September after seeing the successful campaign in Olton. 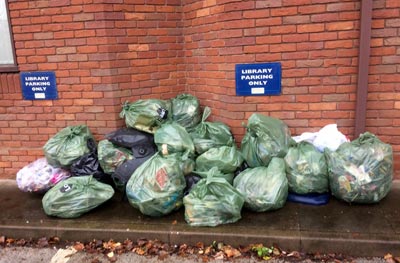 The name 'Literary Litter Pickers', comes from the fact that the first group met each month at Olton library.

Olton Councillor Jo Fairburn said "Chris Dunster is a force of nature in the local community! She's always helping people, and she takes a real pride in our area."

She added "Come and join us one Saturday, and help us collect yet more litter in 2017. Mind you we'd really appreciate it if certain people would stop dropping it in the first place."

Here are the dates for next year, all at the usual time of 10.30 to 11.30am with refreshments provided by the brilliantly supportive and helpful hostesses of Olton Library:
7th January
4th February
4th March
1st April – don’t be an April Fool, don a litter picking tool!
6th May
10th June
8th July
5th August – ice-creams all round!
9th September
7th October
18th November
9th December – Mincepies Christmas special

Join the Literary Litter Pickers of Hobs Moat Library for an hour from 10.00 - 11.00am with tea and coffee afterwards. Meeting on Tuesdays, once a month, starting from Hobs Moat Library on the following dates:
24 January
14 February
21 March
25 April
23 May
20 June
18 July
August TBC
19 September
17 October
14 November
12 December

Children welcome as long as they remain with their parents / carer and stay away from the main road.

Feel free to bring a friend, or two, to either venue.

(The three Councillors in the photo were John Windmill, Jo Fairburn and Tony Ludlow.)