More potholes on Solihull's battered roads can now be filled in after the borough was awarded a £723,664 grant in the Chancellor's Budget. 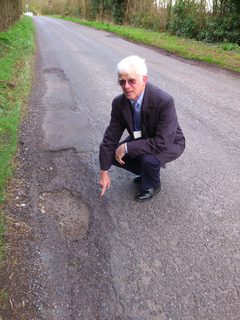 The funding will come from £183.5 million made available to councils across England and follows £200 million being made available in the Budget for pothole repairs in 2014 and 2015.

The government has said councils will be required to publish online how they spend their share of the money.

Lib Dem MP Lorely Burt said, "After years of neglect by the Conservative-run council, the poor state of our roads is a major concern for local people.

"This money will be very welcome but it will require swift action from the council. I would strongly encourage them to act quickly and not waste this golden opportunity."

Councillor Hedley said, "It's well known that the Conservative-run council has let Solihull's roads go to pot, so to speak.

"Pot holes are a huge problem but this coalition government money should help repair some of the damage."