Olton Liberal Democrats are finding great support on the doorstep for candidate Jo Fairburn. Olton has long been represented by Lib Dems, and the contest on May 5th is often tight between the Tories and Jo. 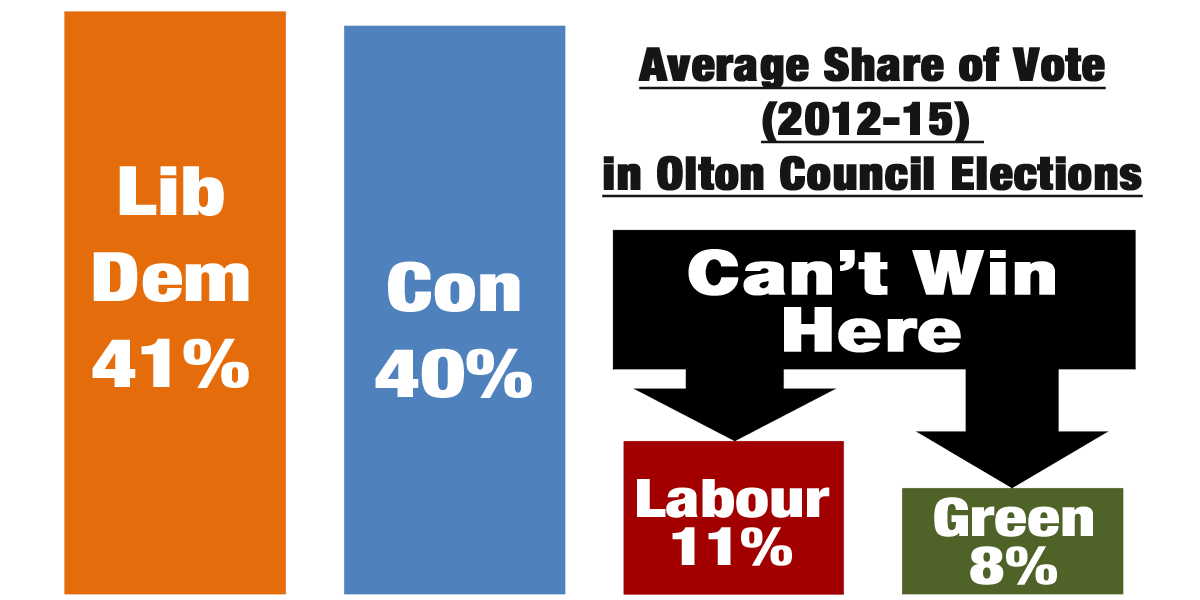 The Tories control Solihull Council, with 32 of the 51 seats. But Olton traditionally votes Lib Dem.

The chart shows that it's been close between the two over recent elections. What's more, in by-elections since last May, the Lib Dem vote has been climbing.

Don't let the Tories tighten their grip on Solihull. Use your vote on May the 5th.

“Labour and the Greens have shown again and again that they can’t win here,” Jo Fairburn said.