Liberal Democrats are calling on Heart of England Foundation Trust bosses to use some of their £30 million reserves to avoid services closing in Solihull. 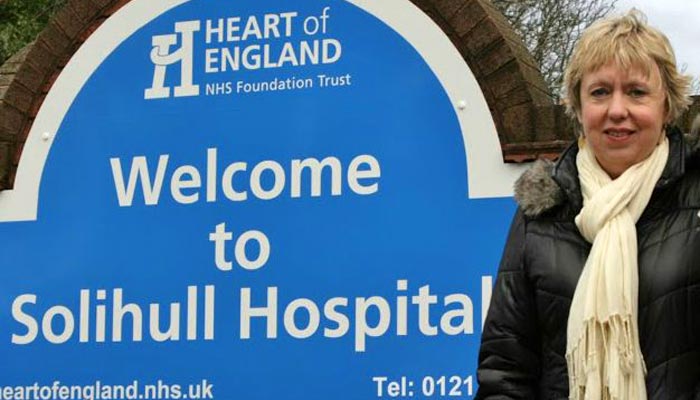 NHS services in Solihull face heavy cuts and in some cases total closure as the Clinical Commissioning Group struggles to find millions of pounds of savings. Threatened services include Heart Failure, Virtual Wards and Out-of-Hours Nursing.

After looking at the Foundation Trust’s accounts local MP Lorely Burt believes senior managers are sitting on nearly £30 million reserves which could be used to shore up threatened services in Solihull until more money becomes available.

The Lib Dems have committed to increasing NHS funding by £2 billion a year if they are in government after the General Election.

“Solihull residents have suffered from a gradual loss of NHS services over many years. It’s time to put a stop to this.

“The Lib Dems have committed to boosting NHS funding in the next Parliament but until that money is available we need to look at ways to cover the gap.

“The Foundation Trust is sitting on a rainy day fund of £30 million. It’s time to look at whether some of that cash can be released so we can stop any further erosion of our local NHS.”

“It does not seem reasonable when one part of the local NHS is sitting on significant reserves whilst another part is having to implement millions of pounds of savings.

“I very much hope we can knock heads together to come up with a sensible solution that avoids cutting our local services.”