LibDem Windmill Sails in to Save the Easter Bunnies

Up to 70 rabbits have been saved from homelessness before Easter after action in the council chamber by Olton Lib Dem Councillor John Windmill. 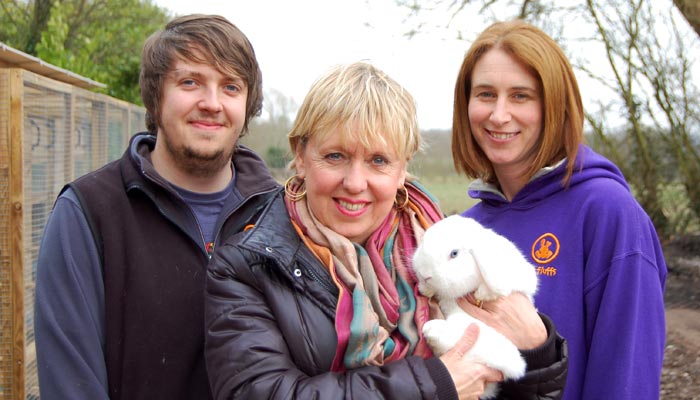 Volunteers Chloe and Andy Hennegan had collected 8,000 signatures for a petition to save Fat Fluffs Rabbit Rescue, which looked set for closure after council officers advised councillors to refuse its planning application.

Local MP Lorely Burt supported their petition on Twitter and wrote to Solihull Council’s Planning Committee asking for the rabbit rescue to be spared.

Conservative councillors moved to defer a decision but were voted down after a speech from Cllr John Windmill which received applause from the gallery.

Cllr Windmill then moved to approve Fat Fluffs’ planning application with conditions and his motion was accepted.

Fat Fluffs cares for up to 100 homeless rabbits before finding them loving homes and is run by local volunteers, from Chloe and Andy Hennegan’s back garden.

“We are just so grateful for all the support, love and prayers we have received over the last weeks. It has been an incredibly worrying time with the uncertainty of where our rabbits would go if the refusal had been approved.

“But now they are safe we are looking forward to working with the council to ensure they, our neighbours and our rabbits are happy.”

“I am delighted that the recommendation to refuse Chloe and Andy’s application has been overturned.

“Fat Fluffs is a valuable asset to the community, providing training and learning opportunities to local young people as well as caring for and re-homing hundreds of rabbits each year.

“The Green Belt must be protected but if rabbits can’t live there, who can?”

“Chloe and Andy Hennegan are hard-working volunteers who run Fat Fluffs because they believe in what they are doing.

“The stress on them has been enormous but I hope it is now over. The Conservative proposal to kick the issue into the long grass would have been wrong.

“They will need to agree the details of their conditions with council officers which I hope will be plain sailing. If there are any difficulties I’ll help in any way I can.”