Solihull and Meriden MPs Lorely Burt and Caroline Spelman have met with a government minister to call for fairer funding for Solihull schools. 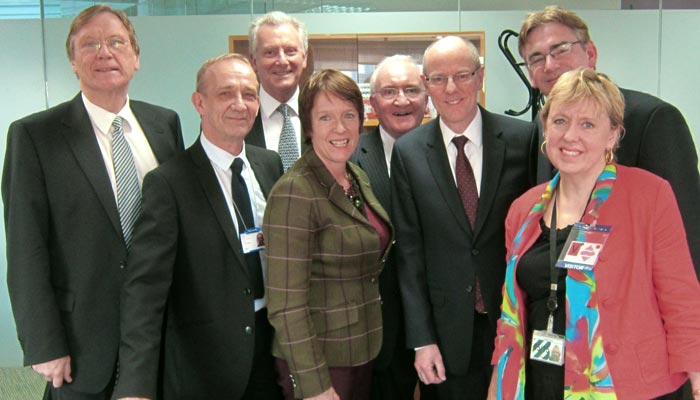 The current funding formula sees Solihull schools £981 per pupil worse off than schools in Birmingham.

Conservative and Liberal Democrat councillors and activists joined the two MPs at the Department for Education to lobby the Minister of State for School Reform, Nick Gibb, to take action.

The MPs and their colleagues believe this rising pressure will become unsustainable within a few years if the government does not move soon.

The government announced a £350 million package last year to help areas with under-funded schools, but this will raise per-pupil funding in Solihull by just £49 a year.

“Teachers in Solihull do a fantastic job with what they have but the system is not fair on them or on local kids.

“The huge spillover of pupils from Birmingham into Solihull just shows that the current funding formula isn’t working as it’s supposed to.

“Our local kids’ schools need a fair share of funding now, before it’s too late.”