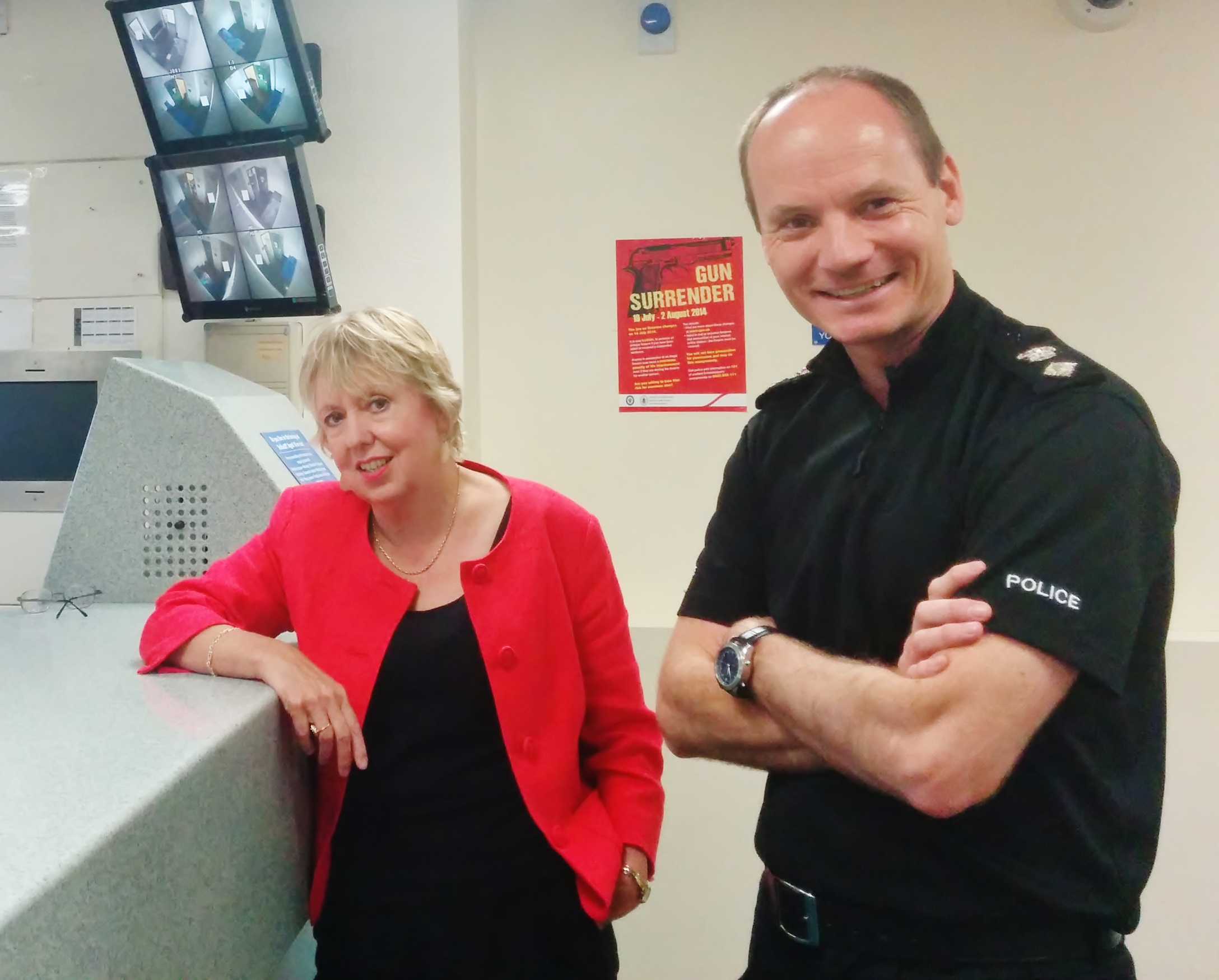 They discussed a range of issues affecting Solihull, including shoplifting, ‘bilking’ at petrol stations, and the work Solihull Police are doing to improve the way they respond to the needs of the local community.

Mrs Burt also gave the new commander letters of thanks to pass on to two Solihull policewomen who tackled a violent man while wearing animal onesies. PCs Tracy Griffin and Terri Cave were off-duty, dressed as a zebra and a monkey, on their way to a party when they bravely subdued the suspect in a supermarket in Coventry.

Mrs Burt said, “I very much enjoyed meeting Alex and I look forward to working with him. As a former assistant prison governor and as Solihull’s MP I take a keen interest in driving down crime and making sure my constituents are kept safe.

“Crime is falling in the West Midlands but not everyone feels safer. We need more reassurance and highly visible policing. Solihull Police do a great job staying in touch with the public through social media and I commend them for that.

“I also wanted to thank brave constables Tracy Griffin and Terri Cave, who just go to show that no matter what equipment you may or may not have, it is brave and well-trained people who really make the difference.”

CH SUPT Murray said, “It was great to discuss the work of Solihull Police with Lorely and to identify areas where we can work together in the future. We covered a range of issues which we are working to tackle in Solihull, and I am happy to have her support in our efforts to make Solihull a safer place for all.”