Make your views known in the Consultation - Ends on Feb 17th 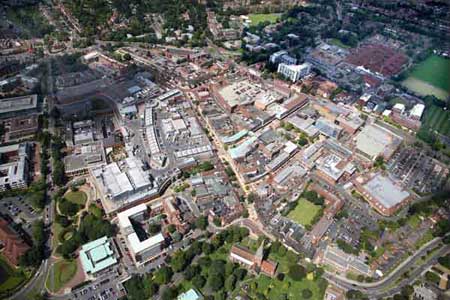 How will Solihull look in 10 years?

No new locations in Olton are designated for housing, but when sites become available they will be used to help meet the Borough’s needs.

The first HS2 station outside of London is to be built in Solihull's Green Belt next to the M42 and opposite the NEC, opening in 2026. Other Green Belt has been earmarked for future expansion by JLR and its suppliers. 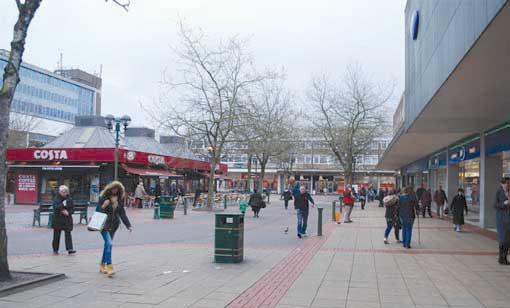 Comments on the document can now be submitted online (you will need to register to submit ‘representations’).

Paper copies of the consultation document are available to view at all of the libraries in the Borough and Solihull Connect walk-in centres during their normal opening hours. Responses may also be emailed to psp@solihull.gov.uk or sent by post to: 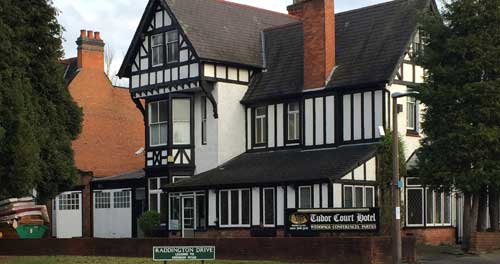 The planning application to convert the old Tudor Court Hotel into a nursery has been approved by the Council. This is in spite of the serious concerns voiced by local residents over parking and traffic.

Liberal Democrat Councillors, John Windmill and Jo Fairburn, took your objections to the Planning Department, but the Council gave the go ahead - with certain conditions.

Parking must only be on site

The Council’s agreement requires the new nursery to ensure that “parking demand is contained within the site”. They must also “encourage staff, visitors and customers to use alternatives to the car.”

Councillor John Windmill said:“We received emails and phone calls from residents worried about the potential parking and traffic issues on nearby roads.

“Olton is already struggling with too few parking spaces. The threat of increased traffic to the premises on Kineton Green Road understandably caused residents concern.

“When the nursery opens, if the Council’s conditions aren’t being met, we encourage residents to contact us so we may take up the matter on their behalf.” 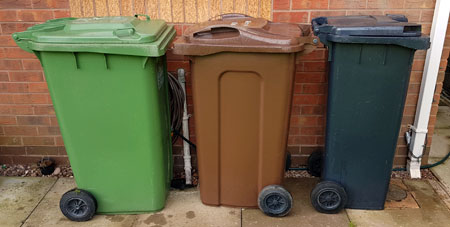 Solihull Council is considering fortnightly waste collections in a bid to increase recycling rates, even though residents were against such changes when surveyed last year.

A Fourth Bin for Food Waste?

The Council has been delving into the contents of our black bins, discovering that food is a major component (41% on average). Separating food waste would allow it to be recycled.

Council officers are examining the option of fewer black bin collections but with an additional food waste bin. The Conservative Cabinet Member asked them to look in detail at the proposal, one of several presented last year.

There's no guarantee this will happen, but this option was selected as the “preferred” one, and it leaves garden waste collections unaffected.

Even with these changes, the Council's own forecast says it will still miss its 50% target. Solihull’s recycling has been below that for several years.

Huge numbers of Solihull's homes fill their waste bins every week, according to the Council, but the size of the black bins would not increase.

The Council acknowledges that their preferred option could cause additional fly-tipping and problems for parents disposing of nappies.

The moves would increase the cost of collecting and handling waste by £345,000 each year.

Dark Nights, so Lock Up

Solihull Police have recently had reports of burglaries and attempted break-ins in Olton, including on Lyndon Road and Ulverley Green Rd. Be careful, and lock up.

WMNOW is a new service that sends out messages of information, crime alerts and witness appeals, local to where you live. Find out more, and register for alerts.

Non-urgent calls to the Police should be made using the non-emergency number, 101. However, the Police have admitted that often this service is poor, with calls sometimes going unanswered in our area.

They’re working on it, but remember you should always call 999 when it is an emergency such as: when a crime is in progress, someone suspected of a crime is nearby, or when violence is being used or threatened.

We’re aware that a few residential streets in Olton have become regular venues for drug dealers, trading in plain sight from their cars or on foot. Please report anything suspicious to the Police, and if the dealers persist, please feel free to contact us.

Our ward now has a Local Area Coordinator, part of a Council scheme to forge relationships with Olton residents and assist them.

One of her key roles is to put you in touch with the Council, health or voluntary services you need.

With the heating turned right up at this time of year, it’s a good time to check your fire safety. To book a free Fire Service Safety Check call 0800 389 5525. They can also supply a smoke alarm if you don’t have one.

University of the Third Age - Olton and District Branch

U3A is for anyone no longer in full time employment to share their interests and hobbies with others.

They meet at either the United Reformed Church in Kineton Green Rd, or Olton Friary in St Bernards Rd, on the 2nd Tuesday each month, with visiting speakers on a range of topics. Visit the local U3A website for more details.

The OCWG meets every Monday morning in term time at Olton Library at 10.15 am for a two hour session. It’s led by tutor Catherine Whittaker, a former Warwick Poet Laureate.

At least two members have had books published and members of the group often have articles published in magazines and journals. Spaces are limited but, if you’re interested in joining, please call Fred Ritchie on 0121 706 5042. 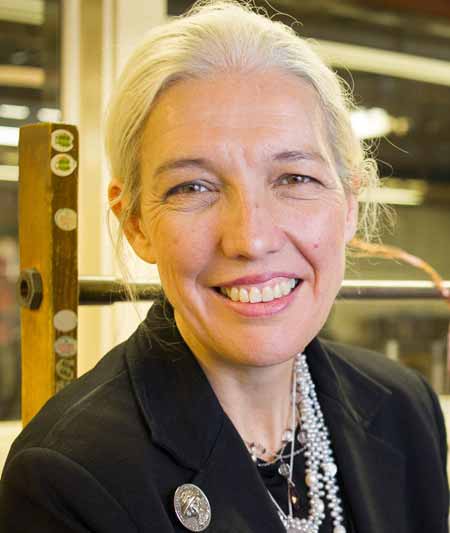 On May the 4th you can elect a Mayor for the West Midlands (There aren’t any Solihull Council elections this year).

Our candidate for Mayor is Beverley Nielsen, a hard-working West Midlands champion.

For two decades she has worked to promote the West Midlands. She created Birmingham Made Me (BMM) to promote our region’s best brands.

Through Birmingham City University, she established the BMM Jobs Fair, Entrepreneur Shops, Design Competition, and Expo showcases to find jobs for young people, and retain talent in the area.

She also founded, IDEA a think-tank to provide understanding of the region's economics, and encourage growth. For almost a decade she was a Director of Aga Rangemaster plc, and ran its Fired Earth subsidiary.

Beverley was also Chief Executive of the Heart of England Tourist Board, and had twelve years' experience lobbying as Regional Director for the CBI.

(But Little Detail So Far)

Big changes are being proposed for the way Health and Social Care is delivered in Solihull and Birmingham. But the “Sustainability & Transformation Plan” (STP), which should be discussed widely and in public, hasn't been well publicised.

The draft was published on October 24th. The website said: "If you live or work in Birmingham or Solihull, we want to know what you think of the draft plan." It continued: "Birmingham and Solihull councils and the NHS will be running events to share information about the plan and give you a chance to have your say."

More than three months later, no information-sharing events have been mentioned online (correct as we went to press).

On November 16th the man in charge, Mark Rogers, said that developing a robust programme of public consultation was a top priority. There’s no sign of this yet. 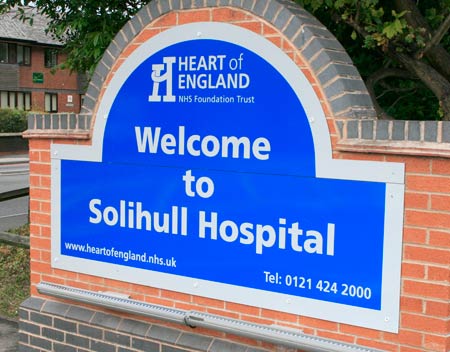 Why does it matter?

We agree that the crisis in the health service must be tackled. There isn't enough money for social care (see story on the right) or for the NHS generally. Services must be better organised to keep people out of hospital, and the STP aims to achieve this.

Critics have said that STPs are just a way of getting local officials to make cuts on behalf of the Government and the NHS. With big changes on the way, we say you should be involved in decisions that affect your local health services.

The draft STP is very vague on which services will be changed or cut. It says that one of the immediate critical decisions is to reach "Consensus on closure of unused/surplus estate". Will this include hospitals, surgeries and clinics? It’s not clear yet.

Read the plan online for yourself (It’s quite technical & full of jargon.)

Government plans to allow local Councils like Solihull to bring forward a further 1% Council Tax increase will only raise a small proportion of the Borough's projected social care budget.

This means that older and disabled people will still face a shortfall in funding in the future. The funding gap is caused by an ageing population, inflation, cuts in Council budgets and the living wage.

Council Tax is the Wrong Way to Fund Social Care

Lib Dem Councillor Jo Fairburn said: "If Council Tax was fair, relying on it to plug the gap might be acceptable. But it isn’t. A millionaire can end up effectively paying the same as a care worker or a nurse because of the way that the system works.

“Poor people pay a much higher proportion of their income in Council Tax than the rich. Last year’s 2% increase brought in about £360m nationally and still leaves a predicted gap of £2.7 billion by 2020.

“We need a complete reform of how our social care system is funded. It makes no sense that Social Care is funded from Council Tax, while the NHS is paid for by general taxation.”

We Lib Dems are calling for national politicians of all parties to put aside their differences and reform social care funding now.

Voters back the Liberal Democrats

2016 was a year of enormous growth for the Lib Dems, with fantastic council by-election results (see chart), a Westminster by-election win and tens of thousands of new members joining us. 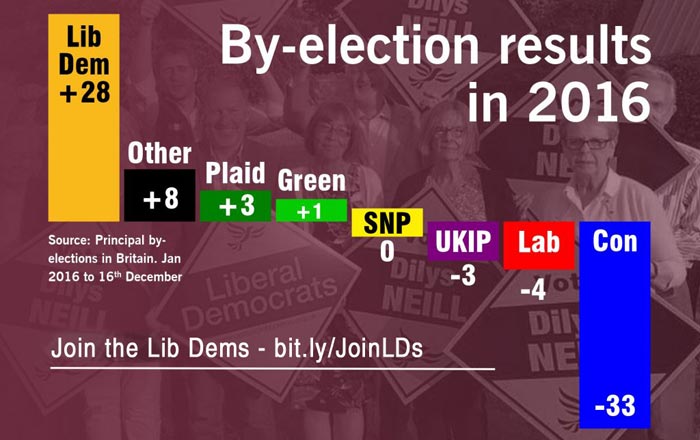 Not since 1996 have the Lib Dems been getting better results. Then John Major was still the Prime Minister and, like now, there’s a sense that people feel taken for granted by Labour and the Tories.

By-elections across Britain show that people like you are now choosing the Liberal Democrats.

Why not join the party yourself? We get things done in Olton, and have great social events too. Use the online application form.