This is the online version of the May 2016 Focus Newsletter from Jo Fairburn and the Olton team.

Elect Jo Fairburn on May 5th

Jo Fairburn’s priorities are building strong and caring communities, and looking after those who need support.

Jo says, “You don’t need to see a photo of me standing by a pothole to know that Lib Dems work hard for you locally.

“But as well as our day to day work, we’ll be forward-thinking about our community - improving services for the elderly, people with dementia, young people and those who are vulnerable due to mental health issues.

“We need a better way of working in Health and Social Care. I will fight for more resources for our area and improved coordination between all agencies concerned.

“As a former nurse and midwife I have an insight into how these services work and I’ll work to deliver a better system for us all.”

I will encourage good neighbourliness in Olton, connecting people with the help they need.

Council budgets are being squeezed but the demand from an ageing population for social care is growing relentlessly.

If elected, I’ll push hard for proper funding for the elderly, adequate intermediate care beds and increased in-home support to allow people to stay in their own homes for longer.

I want to ensure mental health gets the same priority as physical health. We must recognise that all kinds of people, young and old, rich or poor can have mental health problems.

It’s a real and serious problem in Solihull, as I saw for myself when I volunteered on a local helpline. We need to innovate, to build on existing initiatives and support victims.

I’ll tackle parking and traffic issues, by encouraging the Council to use funds currently held in reserve and increasing traffic warden patrols.

We’ll carry on working hard all year round for Olton, keeping you updated with more Focus leaflets. 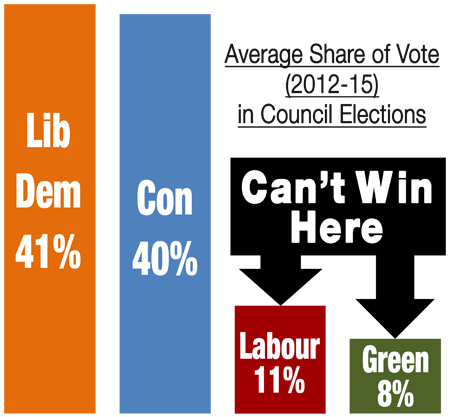 Only Lib Dems can beat the Tories here

The Tories control your Council, with 32 of the 51 seats. But Olton traditionally votes Lib Dem.

Don't let the Tories tighten their grip on Solihull.

Elections here are a close fight between the Conservatives and Lib Dems.

Labour are in 3rd place and can't win in Olton.

“I’ve known Jo Fairburn for three years and seen how hard she works for local residents.

“She’s mother to two grown up children, and it’s very clear that she’s a caring person - working  as a nurse and midwife, and later signing British Sign Language for hearing impaired children.

“More recently she has worked, unpaid, for a domestic violence helpline.”

Now that her children are adults, Jo can dedicate lots of her time to representing you in Olton.

Claire is not standing for re-election on May the 5th because her recent job changes mean she can’t dedicate as much time to Council work as she would like. 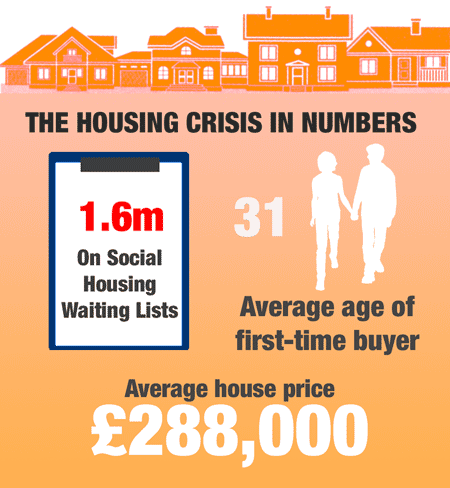 The Economist magazine said recently that the Prime Minister and the Chancellor were “ignoring the housing crisis”.

The Government’s new Housing and Planning Bill does little to tackle the crisis and will make life harder for millions of people.

It will squeeze the building of social and affordable housing in areas like Solihull.

We’d empower councils to borrow what they can and build what they need. We want Affordable Homes, not so-called Starter Homes, for our children and others looking for a home.

We believe new residential developments should contain genuinely affordable homes alongside larger and more expensive ones. We say that councils should be able to decide for themselves the proportion of such homes in their area.   Read More.

Answers to Your Questions from the Doorstep

Will the Council trim their trees overhanging my garden or blocking my light?

Solihull Council has a LOT of trees on its land. Too many to prune regularly.

One Olton resident asked us about a Council tree that overhangs his garden. Normally the Council won't trim such trees back. But if one of their trees is dying or dangerous, they will deal with it.

You do have some common law rights. You can prune back a Council tree if it's encroaching on your property. But beware. You'll need permission from the Council's planning department if there's a Tree Preservation Order on it or if it's in the Olton Conservation Area.

If one of the council's trees is causing an obstruction to a public path or the highway - please contact Jo Fairburn.

How bad does a pothole have to be for the Council to Act?

A pavement hole has to be 25mm deep before the council considers it urgent.

On a road it’s more complicated than that. As a rule, in the carriageway it has to be over 50mm deep - that's an investigation level, not necessarily an urgent repair.

It depends where it is in the carriageway, the type of road, how many vehicles pass over it, etc.. If you spot a problem in the road or pavement let us know.

This is expected to fix around 3,000 Solihull potholes in the next 12 months.

We were contacted by an Olton resident who'd had a family of foxes take up residence in his garden. He was worried about the safety of his grandchildren.

The Council told us that foxes are protected. So we asked the RSPCA for advice. They recommend that you limit the availability of food sources and deter them from setting up home in your garden by blocking easy access points.

Generally foxes only attack if cornered, so always give them an escape route.

Solihull Council will provide some wildlife control services for a fee.

If you have a question about how the Council might help with any problem, just get in touch with your Olton team.

Some of you told us you didn’t think it was worth reporting noisy and dangerous motorbikes and quad bikes when they cause a nuisance.

Police are now seizing such bikes. Officers have the power to crush vehicles found being driven without insurance too, and they are using those powers.

They will act on your tip-offs, so call the hotline on 0121 717 1500 or email bikeissues@solihullcommunityhousing.org.uk.

Jo Fairburn and Councillor Windmill secured a promise of safety improvements on Brookvale Road from the Highways Department.

Local residents raised concerns with us that drivers frequently speed round the sharp bend in all weathers, sometimes mounting the pavement and hitting garden walls.

The Council will replace the existing ‘sharp bend’ sign with a clearer one, which will include a speed warning.

While we were out canvassing, lots of people on Langley Hall Road complained to us about a rubbish strewn corner, so we cleared it up for them. We also supported the Baptist Church’s Langley Hall Park clean up.

Many residents complained about the uneven pavement on Old Warwick Road. We contacted the Council and it’s now in the repairs programme for 2016-17.

If you have friends or relatives who live in Olton, please share this page with them - on Social Media or by email (See the links at the bottom of the page.

Here are stories from earlier editions.