Olton and Lyndon Lib Dems have been collecting the views of local residents on the best solution to the parking problems caused by Olton Station rail users. More yellow lines may just move the problem. 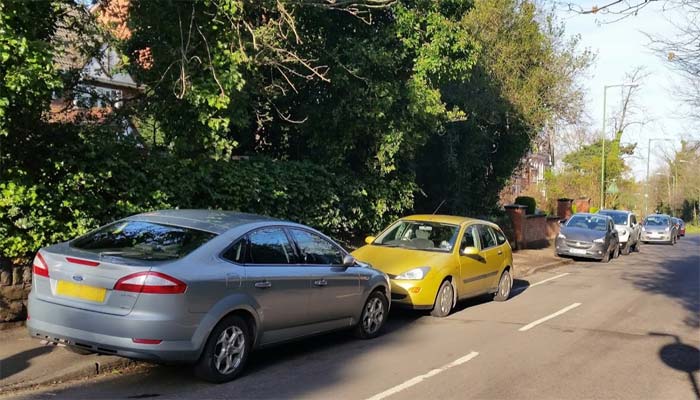 The issue has been working its way up the council's priority list over the last year or two, and the good news is that it's made it into the budgeted priorities for 2016-17.

The most likely solution is that more yellow lines and restrictions will be placed on the roads near the station (St Bernards Road, Warwick Grove, Bickenhill Park Road, Old Warwick Road, Burlish Avenue and Ulverley Green Road). The 2016-17 budget won't allow for much more than that.

But most local residents who responded to our survey believe that yellow lines just move the problem further away, and cause more inconvenience on roads such as Mereside Way, Kineton Green Road, Brookvale Road etc..

The most popular solutions so far proposed by local residents are:

The survey is still running so there's still time to let us know your views.

“We need to consider the bigger picture. While the news from last week's review was good for people living on the roads identified by the council, more yellow lines may be a poor fix overall."

"Your Lib Dem teams will push for a better long term approach; one that will reduce problems for residents as well as encouraging more rail use overall."

In the meantime, you can still send us your comments on your preferences for how to solve this serious problem in the long term, in our online survey.