Ade Adeyemo is the Liberal Democrat Parliamentary Candidate for Solihull in the 2017 General Election. He is well-known and hugely popular throughout the Borough, especially in his work as Councillor for Lyndon Ward in Solihull. 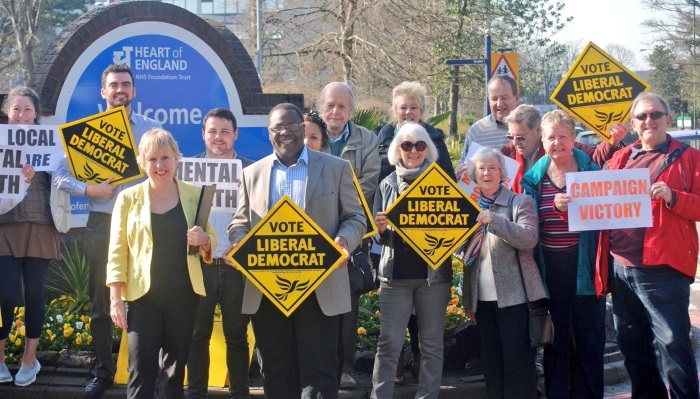 In addition to being a Councillor, he is a Chartered Civil Engineer, and Risk Management Professional, working in the Insurance sector. He has been involved in construction and management of major building and civil engineering projects throughout the UK and abroad.

“I’m a keen rugby fan (I’ve retired now (!) but I used to play at centre for Birmingham & Solihull Rugby Club). After retiring due to injury, I took up refereeing, and have worked with the Rugby Football Union (RFU) as a Referee and Adviser with the Warwickshire Society.  I am also an amateur photographer, devotee of Afrobeat … yes, it’s a genre of music.”

Ade first became involved with the Liberal Democrats as a volunteer, helping to deliver leaflets for Lorely Burt, when she was campaigning to be MP in Solihull (now Baroness Burt, she was Lib Dem MP for Solihull 2005-2015).  Since then, he has been involved in Borough-wide campaigns, working closely with colleagues, to help local residents and businesses.

“We have lived through some tough economic times, and they are not behind us, we must continue to strive for a fairer society where there is equal opportunity for all.”

As a local Activist and Campaigner, he has also been involved with Lib Dem campaigns to protect and improve local dementia and mental health services, to save the local NHS Walk-In Centre and the Lib Dems’ successful campaign to bring back double-crewed ambulances to the Borough. He has backed  local Police and emergency services, as well as our local Community and Voluntary Services who do so much to improve our quality of life here in the Borough.

In response to the launch of his parliamentary campaign, Ade tells us:

“This is your opportunity to have a fresh start - your opportunity to elect your local MP for the next five years, someone who represents us and who will speak up for the weakest and most vulnerable in our society – a Liberal Democrat MP for Solihull.

If you want Solihull to continue to be an open, tolerant and united town, with opportunities for everyone, whilst remaining the best place to live in the UK, your only choice on June 8th is to vote Liberal Democrat".

We’re right behind you, Ade.