Solihull Liberal Democrat MP Lorely Burt has hand-delivered a petition to the Police and Crime Commissioner for the West Midlands, David Jamieson. Mrs Burt’s 207-signature petition calls for the front desk at Shirley Police Station to be saved. 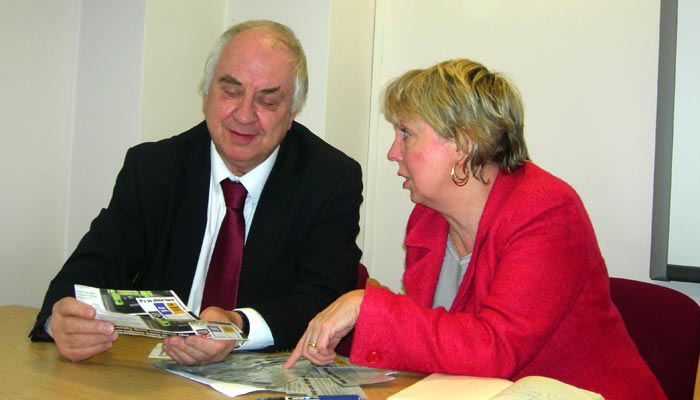 Mr Jamieson, a former Labour councillor in Solihull, was elected Police and Crime Commissioner for the West Midlands in a by-election after his predecessor, Bob Jones, unexpectedly passed away in 2014.

“I am very concerned about Mr Jamieson’s plans to close Shirley Police Desk, which would cut off some vulnerable residents from face-to-face contact with police.

“Nevertheless I am grateful to him for meeting with me in person to accept my petition.

“People living in Shirley deserve to know they can have face-to-face contact with the police when they need it.”