Solihull MP Lorely Burt has urged the government to ‘think inclusively’ about women-owned businesses in her report, ‘Inclusive Support for Women in Enterprise’. 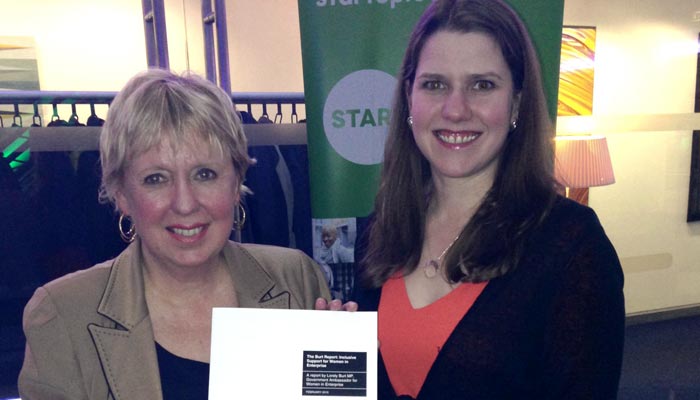 The government estimates that economic growth or GDP could be lifted 10% by 2030 if women were creating businesses at the same rate as men.

Speaking before an audience of female entrepreneurs, Mrs Burt attacked ‘unconscious bias’ in government communications to business, but said with more inclusive thinking there was no need to ‘reinvent the wheel’.

“The government has already taken important steps to make it easier to start and grow a business, including Start Up Loans backed by James Caan from Dragons’ Den.

“My report outlines ways the government should build on this by making sure women entrepreneurs can benefit from this support just as much as their male counterparts. In fact, many of my recommendations will help all entrepreneurs and not just women.

“I’ve been an entrepreneur more than once myself and I know how tough it is. But there is huge potential for growth and I am delighted the government is now taking action.”

“I appointed Lorely as ‘women in enterprise champion’ so she could build on the good work we’ve already done and help us increase entrepreneurial aspiration among women.

“Reaching our target of 25 per cent women on FTSE 100 boards by 2015 is now in sight. The government is committed to ensuring that talented women have the tools at hand whether it’s running a business on their own or heading up a corporate board.

“The evidence is clear - gender diversity delivers better business decisions which are vital to securing the future prosperity of the UK.”