Please see information below on our candidates for the May 2022 local elections. 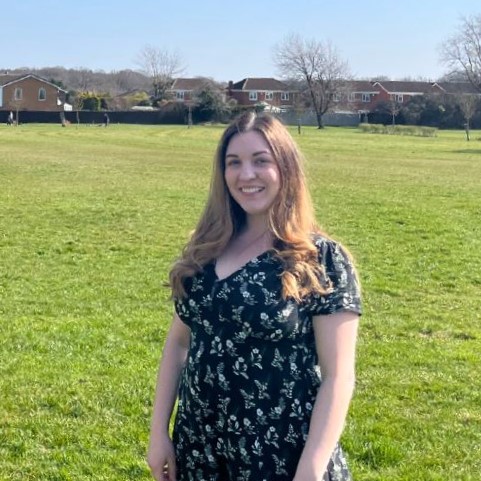 Laura McCarthy has earned a reputation across the borough of Solihull as a Councillor who stands up for residents and isn't afraid to fight for Elmdon.

Over the last four years, Laura has won campaigns against the potential relocation of Bickenhill Tip to Damson Parkway, secured the installation of CCTV cameras in our local parks, and was able to have the stinging nettles cleared around Elmdon Park lake so that residents could enjoy the area again.

Laura and the Elmdon Lib Dem team work hard reporting issues such as fly tipping, broken fencing, overgrown areas, parking problems, and were able to secure council funding to look at a solution to the Valley and Rangoon Roads issues. Last year Elmdon Lib Dems also launched a campaign for a review of speeding across Elmdon ward, and an update is due this Summer. Laura was also able to secure unanimous support across the council for her motion in support of a fully functional police station in Solihull.

Recently, Laura and Richard launched a petition for a new community centre in Elmdon following years of meetings and formally raising the issue in council.  To sign the petition, please visit www.solihull-libdems.org.uk/elmdon-community-centre

To continue having a strong voice in Elmdon, re-elect Laura McCarthy on 5th May. 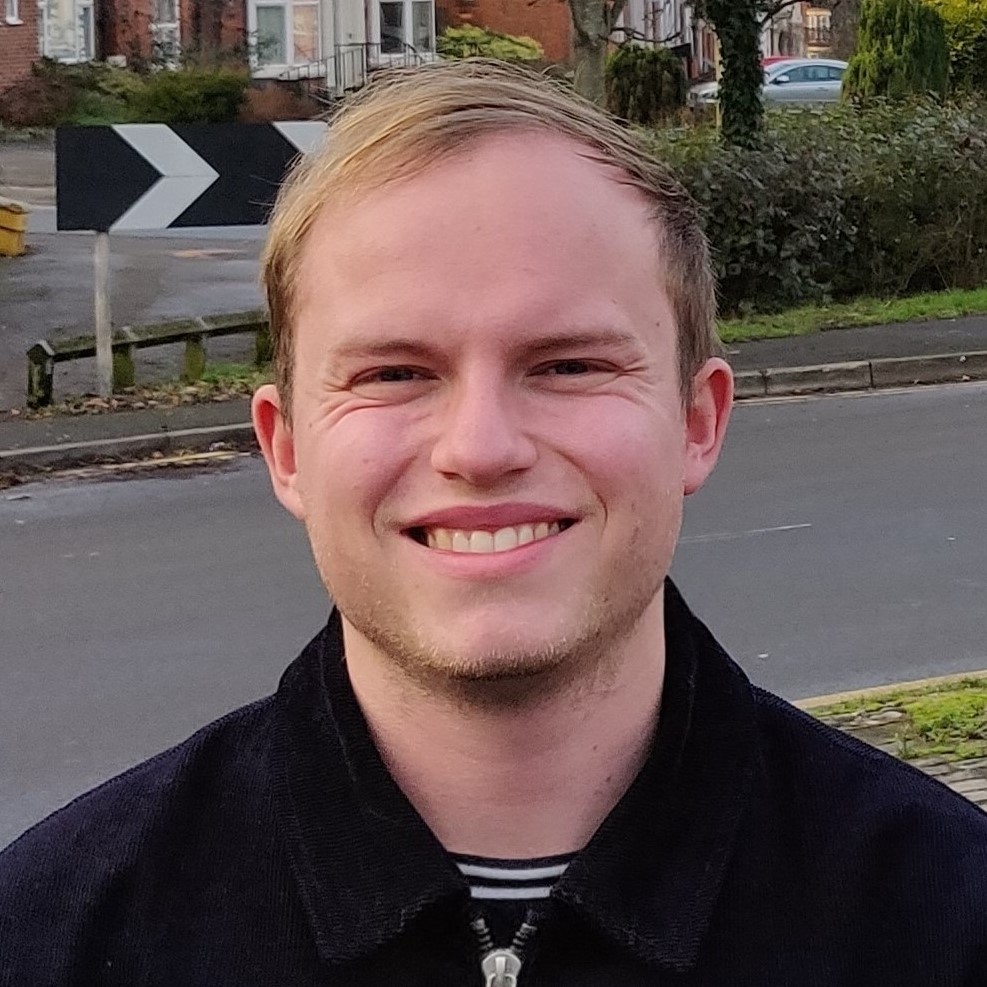 Michael Carthew is the Liberal Democrat candidate for Olton Ward.  He is passionate that the residents of Olton are listened to all year round. That’s why he’s been out knocking doors since September, asking residents what their biggest issues are in the community.

It is clear that residents in every corner of Olton feel that there is not enough police presence in the community. Speeding is a persistent issue that has become worse since lockdown ended and Olton’s shops need rejuvenation in the same way that shops in other parts of Solihull, such as Knowle, have been.

Michael has been hard at work on these issues, producing a speeding petition which gathered over 100 signatures to show how large the issue is for Olton residents.

He has called for a Police station to be included in the Solihull Town Centre Masterplan, left out by the Tory-led council, and continues to report weeds and cracked pavements that blight the surroundings of our shops.

We need a strong advocate to prepare Olton for the future. 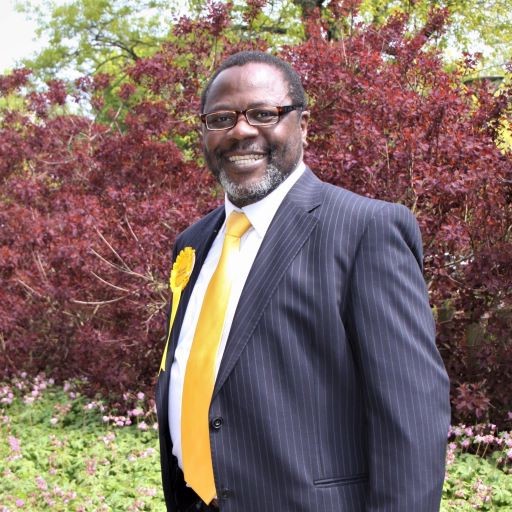 Ade Adeyemo is your local champion - a campaigner who always puts residents first.  He has a well-earned reputation across the borough as a local activist who stands up for their interests.

Ade, Kathryn and the Lyndon Lib Dem team continue to work tirelessly on your behalf, on issues such as litter, facilities in local parks and access to GP surgeries.

Ade has campaigned for 4 years to save the Scouts and Guides Huts on Brackleys Way. He also helped ensure that new premises were found for the Boxing Club.

Together, Ade and Kathryn continue to campaign against speeding on local roads and both support the Speedwatch group.

Policing, crime and ASB prevention are top of Ade’s priorities, which is why he supports a fit for purpose Police Station in the Town Centre.

Vote for Ade Adeyemo on May 5th for a strong and effective voice for Lyndon on Solihull Council. 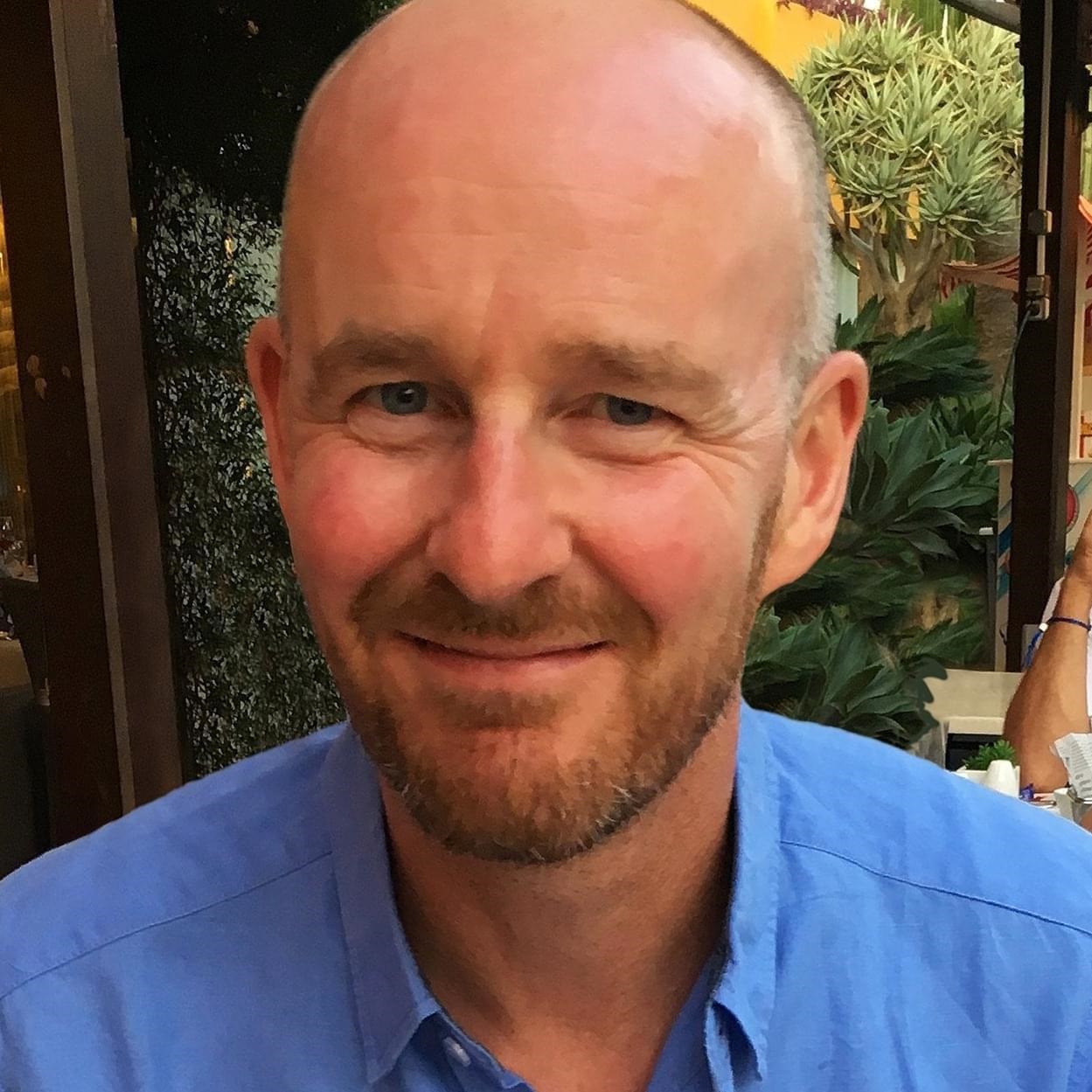 Paul McCabe is the Liberal Democrat candidate for Bickenhill Ward.

The Liberal Democrats in Solihull and Meriden are pleased to confirm that Paul McCabe has been selected as their candidate for Bickenhill ward in the 2022 local elections.

Paul has lived in Solihull for 25 years and works locally with many Solihull businesses as a self-employed graphic designer.

A former PTA chair at his daughter’s primary school, he has been involved in numerous community projects in the borough over many years.

He is often employed by the NHS and youth services in his job as a graphic designer, committing to projects to enhance services around mental health, SEND services and young people.

Paul is committed to helping residents with local issues in Solihull and the Lib Dems in their campaign to make the country a more just and truthful place to live and work.

To have a strong voice for Bickenhill on Solihull Council, vote for Paul McCabe on May 5th.

John Wyatt is the Liberal Democrat candidate for Blythe Ward.

The Liberal Democrats in Solihull and Meriden are pleased to confirm that John Wyatt has been selected as their candidate for Blythe ward in the 2022 local elections.

John has lived in Solihull his whole life and attended local Solihull schools, as well as studying for A levels at Solihull Sixth form college.

In the past he has been president of Solihull Rotaract a social and charitable organisation linked to Rotary International.

John, who works in estate agency, currently lives in the borough with his wife, two daughters, rescue dog and two kittens.  He is very passionate about the NHS and helps out with the Covid-19 vaccination programme when he is able to.

To have a strong voice for Blythe on Solihull Council, vote for John Wyatt on May 5th.

David Godfrey is the Liberal Democrat candidate for Dorridge and Hockley Heath Ward.

The Liberal Democrats in Solihull and Meriden are pleased to confirm that David Godfrey has been selected as their candidate for Dorridge and Hockley Heath ward in the 2022 local elections.

To have a strong voice for Dorridge and Hockley Heath on Solihull Council, vote for David Godfrey on May 5th. 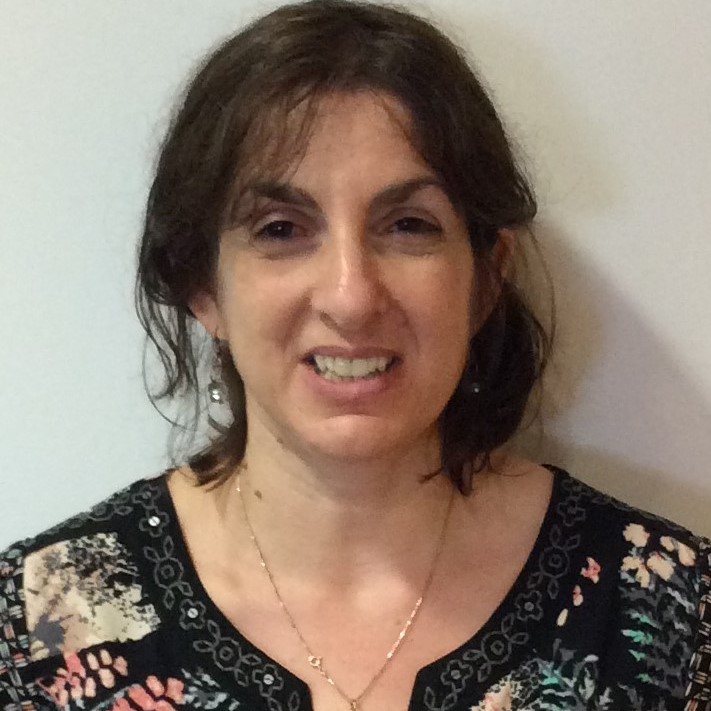 Kate Jones is the Liberal Democrat candidate for Knowle Ward.

The Liberal Democrats in Solihull and Meriden are pleased to confirm that Kate Jones has been selected as their candidate for Knowle ward in the 2022 local elections.

Kate has lived in Knowle for 9 years. She works for the NHS as a Health Librarian.

She is married with 2 children - her youngest attends Arden Academy.

To have a strong voice for Knowle on Solihull Council, vote for Kate Jones on May 5th.

The Liberal Democrats in Solihull and Meriden are pleased to confirm that Gayle Monk has been selected as their candidate for Shirley East ward in the 2022 local elections.

Gayle has lived in Shirley for 15 years. She is also a lawyer working with the public sector and so understands the local authority landscape as well as the needs of the local community.

To have a strong voice for Shirley East on Solihull Council, vote for Gayle Monk on May 5th. 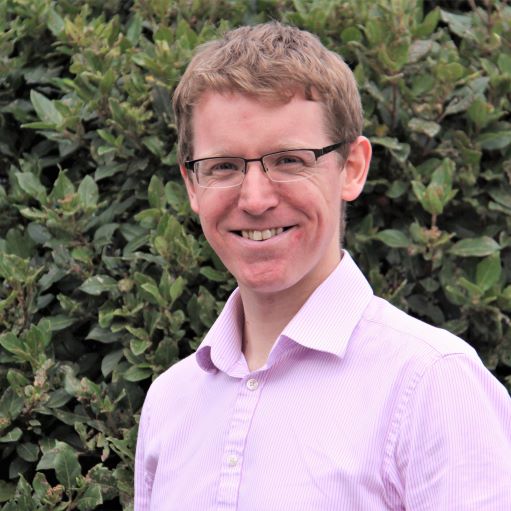 The Liberal Democrats in Solihull and Meriden are pleased to confirm that James Edwardson has been selected as their candidate for Silhill ward in the 2022 local elections.

A local man, James was born and raised in Solihull and is passionate about the local community. He graduated with a degree in History from The University of Sheffield and works in Project Management in Birmingham.

"I decided to stand for Council because I am concerned about the Conservatives' poor record in Solihull on policing, education and public services.  I am determiined to change that.

“I’ve always held a keen interest in politics and I believe that good local government requires a robust, dedicated opposition to hold our elected officials to account. The Lib Dems provide that for Solihull”.

To have a strong voice for Silhill on Solihull Council, vote for James Edwardson on May 5th. 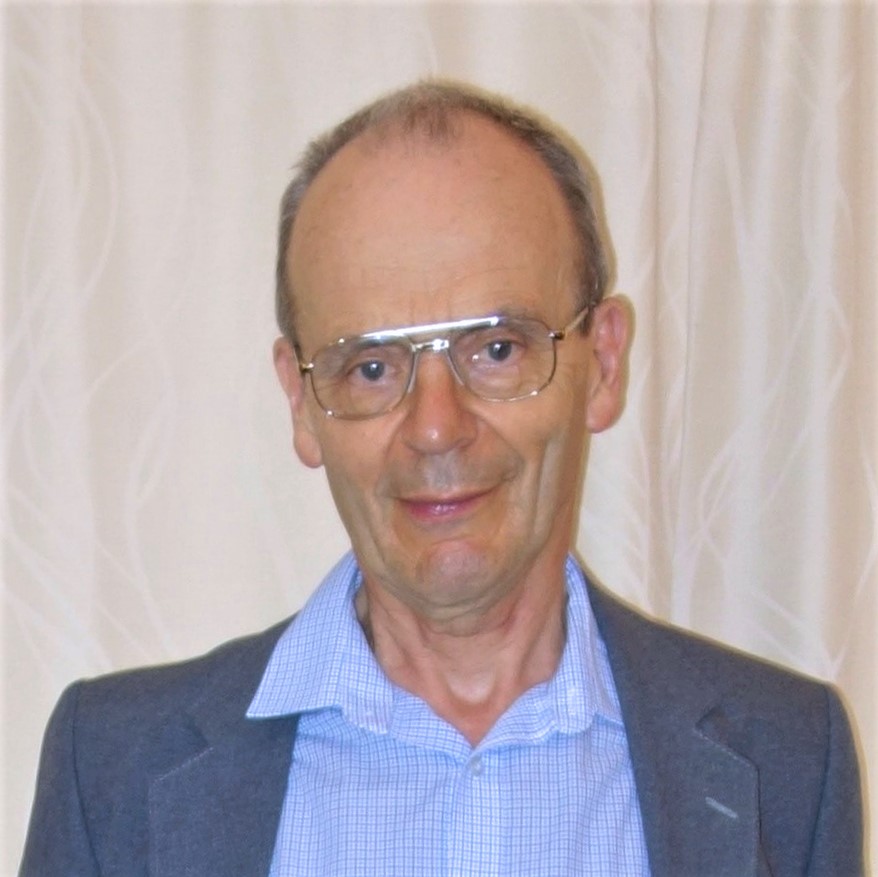 Frank Dawson is the Liberal Democrat candidate for Silhill Ward.

The Liberal Democrats in Solihull and Meriden are pleased to confirm that Frank Dawson has been selected as their candidate for St Alphege ward in the 2022 local elections.

Frank is a keen local activist who is out regularly working with our Lib Dem team all across Solihull.

He is a retired computer programmer and he has lived in Hillfield for 23 years.

He feels that it is time that the Liberal Democrats put out a strong challenge to the complacent Conservatives whose councillors in St Alphege have taken local people for granted for far too long.

To have a strong voice for St Alphege on Solihull Council, vote for Frank Dawson on May 5th.

Volunteer to Help or Stand as a Lib Dem Candidate

Please get in touch if you would like to help with our campaigns or stand as a Liberal Democrat candidate in future elections.