Solihull's Conservative controlled Cabinet has proposed a plan which could see Jaguar Land Rover (JLR) and its suppliers expand far beyond what the company is currently proposing. 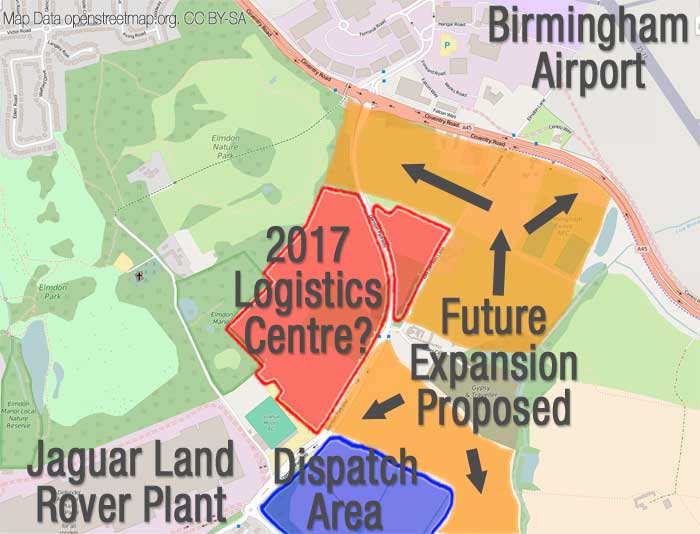 Local people are already up in arms over JLR's current proposals for a Logisitics Centre next to Damson Parkway.

They attended a packed meeting at Elmdon Church in October and have been telling us they oppose the current JLR plans by a massive majority. 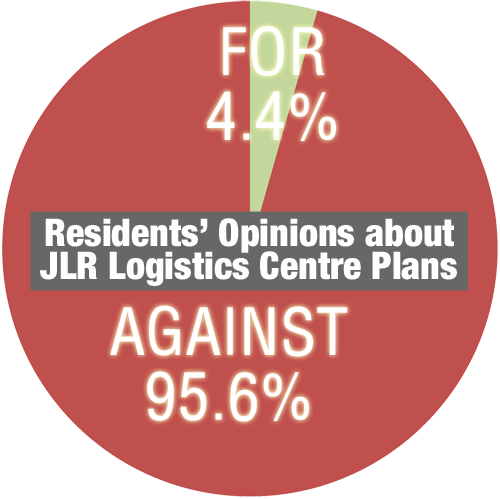 The new proposals from the Council go much further.

The Council is required to create a new Local Plan showing where future housing, business and industry will be accommodated.

They propose to reserve the shaded area in the map above for JLR and some of its suppliers, to ensure the future success of the area's largest manufacturer.

We have serious concerns about the effects on local residents, with increasing traffic and the potential for noise.

We don't know if JLR have requested this much space, but it takes up much more than the proposed Logistics Centre (which hasn't yet gone to Planning Committee).

It fills the gap between JLR's current operations and the airport.

Lib Dem Group Leader Councillor John Windmill raised our concerns at the meeting but the draft Local Plan, including this JLR proposal, now goes out for public consultation:

• Eight weeks of public consultation starting fairly soon
• It goes back to the Council to look at it again
• Once a final plan is approved by the Council, it is submitted to the Government
• The Government appoints an Inspector
• The Inspector hears objections, as well as representations in favour of the Plan
• The Inspector makes a final decision

Our Lib Dem Councillors want to hear from you (even you've been in touch previously over the Logistics Centre proposal).

Please tell us what you think of this new, bigger, industrial area.

Read our previous story on the proposed Logistics Centre