No child should go hungry in this day and age, yet this is exactly what is happening over October half term week after Conservative MPs voted not to extend Free School Meal vouchers for the poorest families in our country. This decision directly impacts 5,227 children in Solihull borough. 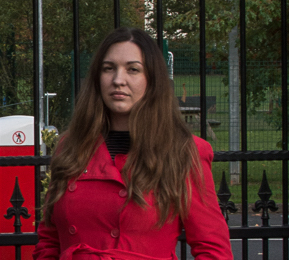 At a time when more and more families are experiencing the financial impact of Covid-19 this has sent a clear message to families that the government is not there for them in their hour of need.

Prior to half term Cllr Laura McCarthy (Elmdon) wrote to Solihull Council's Conservative Leader and Cabinet Member for Children to ask them to extend the scheme locally. Whilst we appreciate that the logistics would have been difficult and are pleased that council officers are continuing to support local food banks, the extension of the voucher scheme would have meant more certainty for parents and guardians so we are disappointed that this wasn't extended.

The full text of her letter is below.

You can sign the Liberal Democrats petition to extend FSM Vouchers here.

I am writing to express my disappointment in your votes against the extension of Free School Meal Vouchers on Wednesday 21st October 2020.

As I am sure you are very aware, the number of people in receipt of Universal Credit or people in employment but on reduced hours has greatly increased since the beginning of the pandemic and it is estimated that 15% of furloughed jobs in Solihull will be lost in the coming months. This equates to roughly 4,860 extra residents needing support.

Through no fault of their own many in our borough have suddenly found themselves struggling to feed their families.

This week I helped a family who have found themselves in the situation where they have no employment and without any income whilst they wait weeks for Universal Credit. They are struggling to get by whilst they desperately seek work. Sadly, this is not an unusual case.

Many years before I became a Councillor I worked in a Primary School in one of the most deprived areas of the UK. Job prospects were very scarce locally and many families struggled to feed their children. These children were so malnourished through poverty that cases of rickets were later discovered in children in the community. Their education, social, and emotional development suffered because they were hungry.

Children are innocents. They do not choose the life that they are born into. Neither should parents be portrayed as lazy or irresponsible for not having the money to feed them - especially not in the current climate.

Parents and guardians are doing their best, but they need more support. The community has pulled together to support these parents as best they can, but they shouldn't need to. You have the power to help all of these families in one go. Please help them.