Liberal Democrats in Solihull have selected popular local Councillor Ade Adeyemo as their Candidate to fight for the Solihull seat in the December general election.

Ade Adeyemo is a Councillor for Lyndon Ward on Solihull Metropolitan Borough Council and the Liberal Democrat Spokesperson for Solihull. 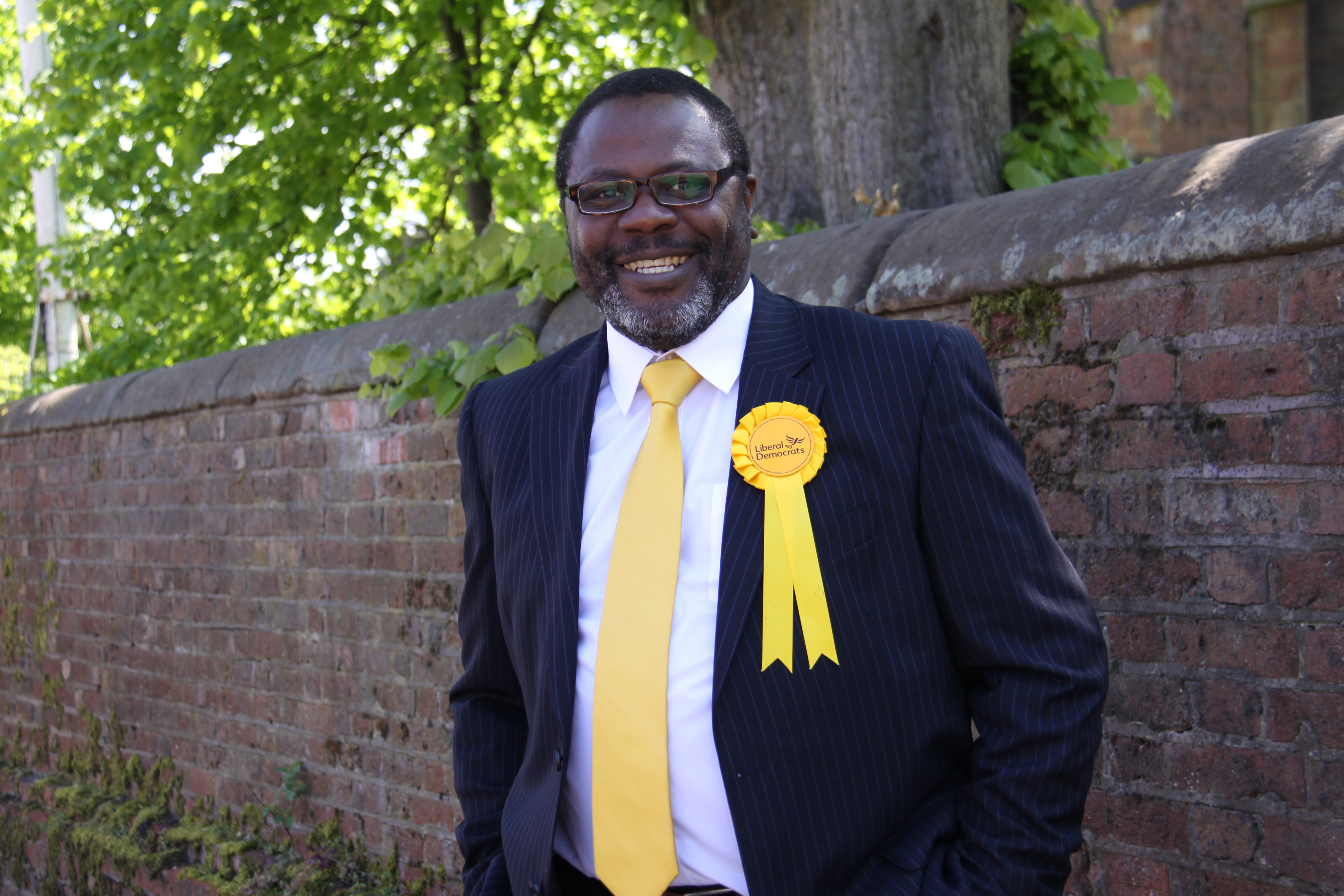 Following his selection, Ade said, “I have decided to stand for election in the Solihull Constituency because the people of Solihull are demanding better – they are crying out for change, for something different – a positive voice – someone who represents their values, their aims and their aspirations in life.

“I am a local resident.  I and my family have lived in Solihull for over 22 years now and I am very passionate about our local area.  My children all grew up here and I feel that we must work very hard to keep it a place we are all proud to call home”.

Ade is a Chartered Civil Engineer and a Construction Risk and Resilience Specialist.  A keen rugby fan, he used to play at centre for local team Birmingham & Solihull Rugby Club (now the Bees).  He later took up refereeing and eventually became an RFU Referee Adviser with the Warwickshire Society.  He is also actively involved with various local Voluntary and Community Associations.

Ade first became involved with the Liberal Democrats as a volunteer, helping to deliver leaflets for Lorely Burt when she was the MP for Solihull.  Impressed with the fact that the then newly-elected MP was out delivering leaflets in the rain, Ade decided that if his local MP was determined to work that hard, she was definitely worth supporting!

That, he says, was several years ago.  “I am now the Liberal Democrat Candidate and Spokesperson for Solihull and I am pleased to count on Baroness Burt as my mentor and number one supporter".

“I feel quite strongly that the people of Solihull deserve positive change.  They are tired of the status quo where the incumbent MP is simply not proactive enough in standing up for local residents.  If elected as MP for Solihull, I will make it my duty to put our Constituency back on the map, by speaking up on behalf of my constituents, particularly young people and the less fortunate members of our community.

“We must think beyond Brexit and we must demand better.  What I am offering is a change for the better.  A future with hope, opportunity for all and a strong voice for Solihull.  Something new, something different, something genuine.  A fresh start for the good people of Solihull”.

Find out more about Ade at http://adeyemo.uk