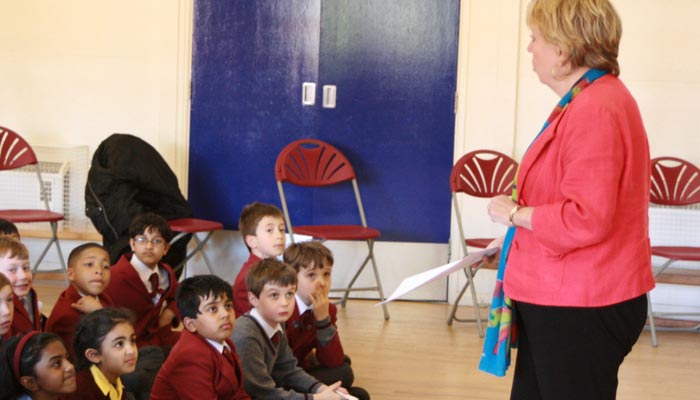 Mrs Burt spoke to pupils about the Liberal Democrat manifesto, and pupils had the chance Mrs Burt what she would do if she was re-elected in May.

Mrs Burt’s visit was part of Eversfield’s Mock Election, where students will be voting on which party they want to see win the General Election in May.

“It was wonderful to meet the pupils and talk to them about what the Liberal Democrats have done in power so far, and what we would like to do in 2015, such as guaranteeing qualified teachers in every classroom.

“I enjoyed meeting the kids at Eversfield School and finding out if they thought we had done a good job!

“It is important to engage with people about political from a young age, and I was thrilled to be able to reach children from as young as seven at this event.

“I am very grateful to Eversfield School for inviting me to their Question time, and I hope the children enjoy their Mock Election.”