Cllrs Laura McCarthy, Peter Davies, Glenis Slater and local campaigner Brad Tucker have been hard at work helping residents with a number of issues around Elmdon including over-grown trees blocking light and causing damage to property and drains, surveying residents on speeding problems on Rowood Drive, reporting fly tipping and overflowing bins, reporting a fallen tree which was blocking the pavement, working with Police on anti-social behaviour in Damson and Elmdon Parks, and working hard trying to find a solution for Hillhampton Close and Cophams Close who are experiencing regular flooding of their properties in the rain. 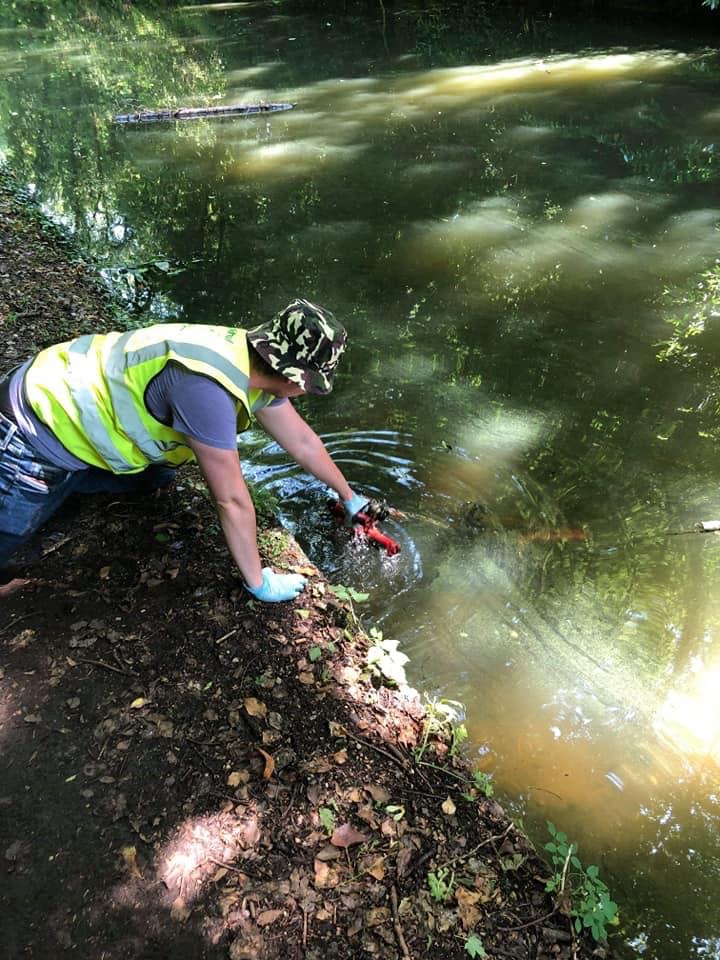 Cllr Jo Fairburn and community campaigner Michael Carthew have been working very hard for Olton residents, including even climbing in to the canal to clear it of rubbish! After a resident complained of low hanging branches around the area Mike and Jo toured Olton reporting potential issues. Cllr Jo also reported the overgrown alley between Castle Lane and Bradbury Road, which was causing issues for residents. During the pandemic they have also been working exceptionally hard phoning over 200 residents to check whether they need any support and Mike has used his days off from working in a care home to deliver food bank packages to residents.

Cllrs Ade Adeyemo and Kathryn Thomas have been addressing a number of community and personal issues in Lyndon. This has included reporting over hanging branches which were causing issues for local residents. Councillors also had a new bin installed in Richmond Park following resident requests, and joined Speed Watch patrols on Lyndon Roads where speeds of 54mph and 53mph were recorded. Our Councillors have also been working hard on the Council. Cllr Adeyemo has been closely scrutinising Council decisions as Lib Dem Group Leader, particularly around finance. He was also approached by a young boy keen to create a remembrance garden in Olton Jubilee Park for those lost during the pandemic. Cllr Adeyemo is keen to support this and has raised it with the council for consideration. Cllr Kathryn Thomas successfully pushed for the council to compromise on closure of Disabled spaces on Drury Lane, rather than implementing the full closure planned. You can read more here.

We continue to work hard on issues for residents across the borough. Below are some local media articles we have been featured in during the month of June.