Brad and Laura submitted a petition objecting to over-development of a site on the corner of Hobs Moat Road and Old Lode Lane to planning officers. We had hundreds of signatures on our petition at the time of submission. Thank you to everyone who signed.

The Elmdon team have also been hard at work reporting fly tipping, alley ways which needed clearing, overflowing bins, working with Police on problem parking around Walsgrave Road/Damson Lane and other areas of the ward, anti social behaviour, and speeding around the ward. We also requested repainting of the disabled bays at Elmdon Park and were pleased to see that a dropped kerb had been installed near the tennis courts to help residents cross Elmdon Park Road safely after residents raised concerns to us.

Brad and Laura signed up as Covid Community Champions, along with a number of other Elmdon residents, and have been working hard to ensure that reliable information about the local lockdown and testing is communicated to residents.

Laura also spoke at Liberal Democrat conference in favour of Universal Basic Income (the motion later passed and has become party policy) and worked with Generation Rent to brief Labour Shadow Housing Minister Thangam Debonnaire MP on renting during a pandemic. She also discussed her experiences with Lib Dem Baroness Olly Grender before Baroness Grender's incredible performance in the House of Lords asking for a rare Prayer to Annul asking for protection for the 55,000 renters not protected from eviction. Unfortunately this was voted down by Conservative Peers. 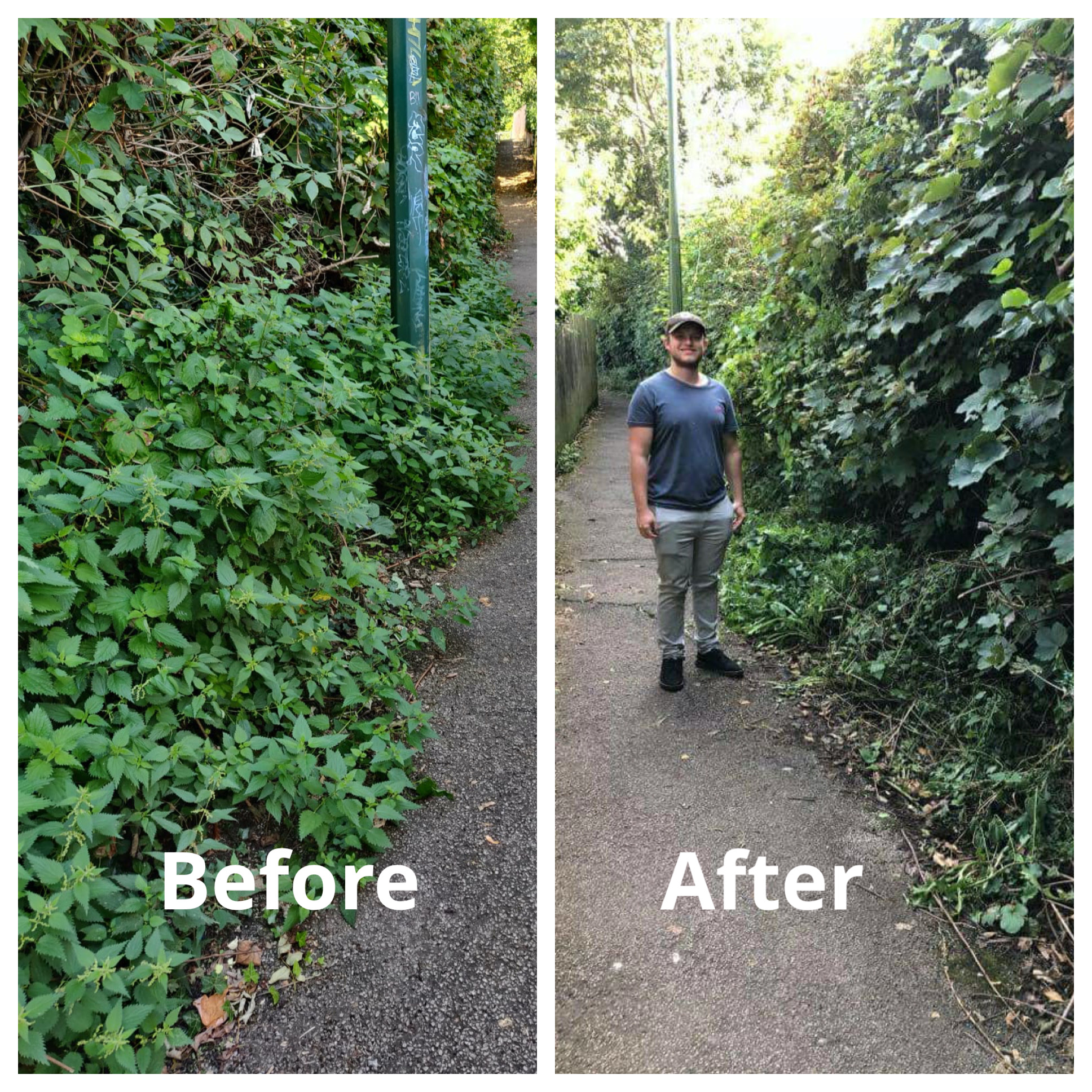 Michael Carthew got stuck in and cleared a huge amount of overgrowth in the alley between Bradbury Road and Castle Lane, vegetation at the access to Richmond Park from Wentworth Close, and on Old Warwick Road (uncovering the previously buried street sign!), and nettles engulfing a litter bin and preventing residents from using it. He has also been working hard litter picking across the ward, had a damaged bin on Warwick Road replaced after it was hit by a car, and reported a dangerous hole in a drain lid on Warwick Road. Michael also signed up as a Covid Community Champion with Solihull Council.

Cllrs Ade Adeyemo and Kathryn Thomas have been supporting the local Speedwatch initiative on various roads across Lyndon ward. They have also been clearing up flytipping, cutting nettles and vegetation back, and organised the cutting back of overgrown lime trees on Lyndon Road, Coverdale Road, Ulleries Road, and Thurlston Avenue.

They were also pleased to see the footpath on Coverdale Road repaired after Cllr Adeyemo reported the damage to council officer and the addition of a new dropped kerb on Wells Green Road.

They were also pleased to see the zip line at Richmond Park finally repaired after Kathryn had raised this with the council many times. Cllr Kathryn was also pleased to sign up as a Covid Community Champion with Solihull Council.