He proposes that a new (presumably much smaller) public contact office will open in Solihull before the current premises close. The Commissioner said that the £5m annual savings on buildings and maintenance would allow him to protect the jobs of 100 officers.

His strategic board asked Commanders to talk and listen to the thoughts of their communities over a month long period of engagement. The final decisions on which closures go ahead will be made in late March.

As we’ve said before, the police are expected to do much more - fighting terrorism, fraud and cyber-crime - without the resources they need.

Mr Jamieson claimed the force will lose £12.5 million of spending power after its Police Grant Settlement from Government was frozen for 2018/19.

Councillor John Windmill said “We appreciate that the force is using technology to reduce the time officers spend at their desks, but we fear that resources will be withdrawn from Solihull and pulled into Birmingham.” 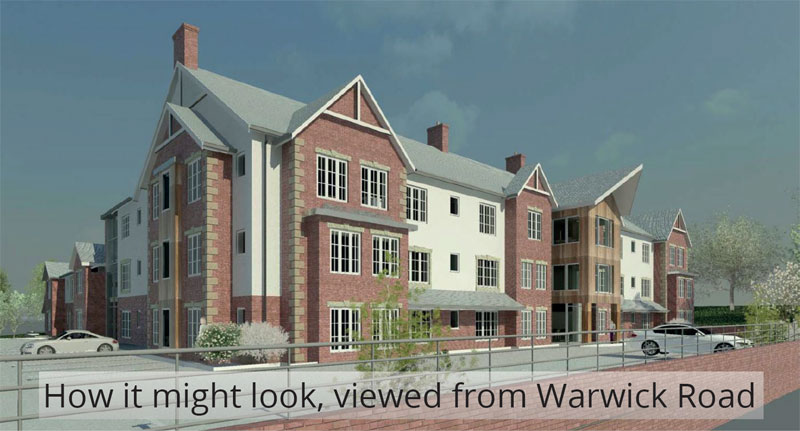 Runwood Homes have applied for permission to build a 77 bedroom care home, with landscaping and car parking, on the site of the now-demolished Brookvale care home.

The old home had been declared not fit for purpose - a lot of expensive work would have been required to deliver modern standards of care.

Runwood Homes specialise in care for older people, including those with dementia and who require general nursing. They have 67 residential care homes, catering for about 4000 residents, and a number of Day Centres. Last year they opened a home in north Solihull, Chelmunds Court.

A public consultation meeting at the Crown wasn’t particularly well attended, and the neighbour consultation has now ended. As the Focus went to print we didn’t know when the Planning Committee will consider it.

No contracts to provide services for the Council have been agreed yet, but this may well be explored if the plans get the go ahead.

A number of trees will be removed along Warwick Road, and the two northerly edges of the site to make way for parking. 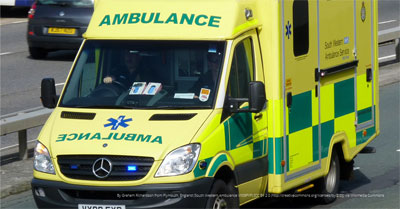 Solihull Lib Dems made a Freedom of Information request to the Heart of England Trust, which runs Solihull Hospital, Heartlands and Good Hope.

We asked them to tell us the number of days in 2017 where every A&E department within the Trust met the national target for 95% of patients to be admitted or treated within 4 hours.

Do the Tories still think the NHS has enough money?

The big re-organisation of Health & Social Care in Birmingham & Solihull relies on keep people out of hospital, through prevention and early intervention.

It makes sense to help people early on to keep them well - intervening before problems become serious and expensive to treat. But council officers have proposed making cuts to services providing prevention and early intervention.

When we pressed the cabinet member for Health she said difficult decisions will have to be made and she failed to guarantee budgets for prevention and early intervention - the very things the region’s plans depend on.

Have a Cuppa and Help The Haven 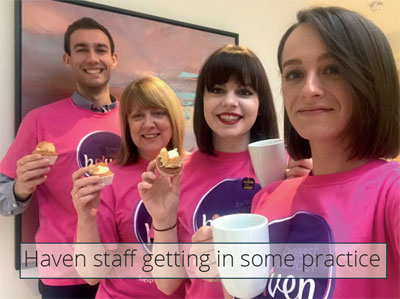 This March, Breast Cancer Haven on St. Bernard's Road invites you to join their Big Tea Cosy fundraising, and host your own tea party.

Throughout March, boil the kettle, grab some biscuits and invite everyone you know to your Big Tea Cosy tea party. Have a good time in aid of a good local cause.

The charity opened last October. It’s already provided over 700 hours of therapies to help local women cope with the effects of treatment and the emotional toll of living with cancer.

The Haven's support is free of charge, available to anyone who needs it. By hosting your own Big Tea Cosy tea party you can help them to reach even more people who need support.

For a free fundraising pack, call 0121 726 6291 or visit breastcancerhaven.org.uk/thebigteacosy

Is the Pedestrian Crossing on Lyndon Road Dangerous? 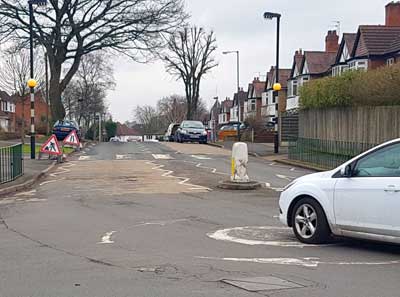 Several residents have had problems at the zebra crossing in Lyndon Road, close to the Richmond Road island. Traffic travelling north swings into Lyndon Road and abruptly hits the crossing.

Pedestrians using the crossing have had to jump out of the way of speeding cars.

When the crossing was installed it was decided that calming measures weren’t needed because the mini-roundabout itself would ensure slow speeds. It now seems that was the wrong decision.

John asked the Council officer responsible for highway management to look into it. He replied,  “There are no casualty records (evidence) at the present time, that would support this site being treated as a priority.

“I'm afraid, the type of driver behaviour you describe can be seen at many of our zebra crossings.

“Fortunately, most of this poor driving behaviour does not materialise in people actually being injured. As is the case with the situation on Lyndon Road.”

He said that when the casualty statistics for 2017 have been verified, the Council will carry out a Borough-wide Road Safety Review.

If this crossing proves to be of greater concern than other crossings they’ll consider doing something.

Councillor Jo Fairburn said “One parent told me he’s had to pull his children out of the way of speeding cars several times.

“It seems there has to be an accident before anything can be done. That’s not right, surely?”

Let us know what you think.

Our local station is maintained by great community-minded volunteers, working in partnership with the railway company.

The ‘Friends of Olton Station' are responsible for a number of planters and flower beds on the platform and in the waiting room. They also decorate the waiting room at Christmas. From Spring until Autumn they provide hanging baskets on the front of the station.

Want  to help the Friends? Email [email protected] or contact us.

Not for the first time, residents living near the One Stop shop on Gospel Lane complained to us about the amount of litter around the shop.

Councillor Jo Fairburn accompanied a council officer on a visit and spoke to the manager.

He said they do their best to keep the litter down but in windy weather it can be blown about. The council officer pointed out that their required bin-lock was missing, and the shop was made aware of its responsibilities. After the visit, One Stop cleared up the litter.

Since we introduced the 5p plastic bag charge, usage is down by 83%!

MPs on the Environmental Audit Committee published a report backing Lib Dem calls for a charge on disposable coffee cups.

The Chancellor has said he'll consider it - but progress under the Tories is slow when it comes to protecting the environment.

We say the government must introduce a levy on disposable coffee cups as soon as possible. Every day that ministers sit and do nothing, another half-a-million cups end up needlessly littering our towns and countryside.

What About Solihull’s Recycling Record?

Solihull has been missing its own recycling targets for years. It's just not on the Tories' agenda as an important issue. In May, elect someone who cares about our environment - Lib Dem Councillor John Windmill.

Many residents have complained about splits in their recycling wheelie bins - a common  manufacturing fault. They’re still under guarantee and, without adding to our council tax bills, the manufacturers will supply replacements.

If you have a split bin call the Council on 0121 704 8000. They'll arrange for delivery of a replacement bin and collect your damaged one. The only snag is that you have to leave your damaged bin empty until it’s collected, and that can take 28 days.

In February the local Neighbourhood Police Team (which covers four council wards)  successfully executed a drugs warrant at premises in Warwick Road. They’d been gathering intelligence for some time, and two arrests were made.

If you’ve been bothered by drug dealing on your street or have information which could help the police please phone 101 or go to www.west-midlands.police.uk. 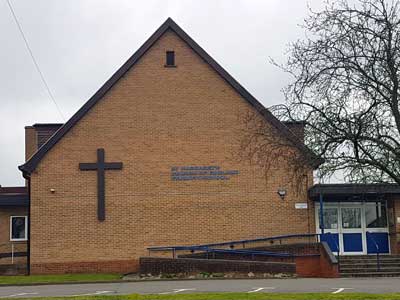 Congratulations to St Margaret’s School on their excellent Key Stage 2 results in reading.  They are officially “Well Above Average”.

One Saturday lunchtime last month a suspicious man was seen on Braemer Road, talking on his mobile phone. He knocked on a door and told the occupant he was lost and looking for a particular road.

The wisely cautious resident asked why he couldn't use his mobile phone to do that, and the young man said that he didn't have one! He was rightly sent on his way, and not invited in.

If a stranger comes to your home be wary, and if you’re suspicious call the police on 101 (or 999 in an emergency).

If you sent feedback to the Council about this traffic scheme, following our story in the last Focus, thank you. One reader queried the need for a 20mph speed limit if most cars can’t drive there at school times.

The Council will now collate all your feedback for consideration by the cabinet member in June.

Thank you for your support

I’m grateful to everyone who promised me support in May, after the last Focus revealed I’ll be standing for election again. It was good to see that you agreed with my key priorities: NHS & Social Care, Policing and Crime, Affordable Homes, Decent Funding for our Schools, and the Environment.