Olton Primary School one of three in Solihull trial 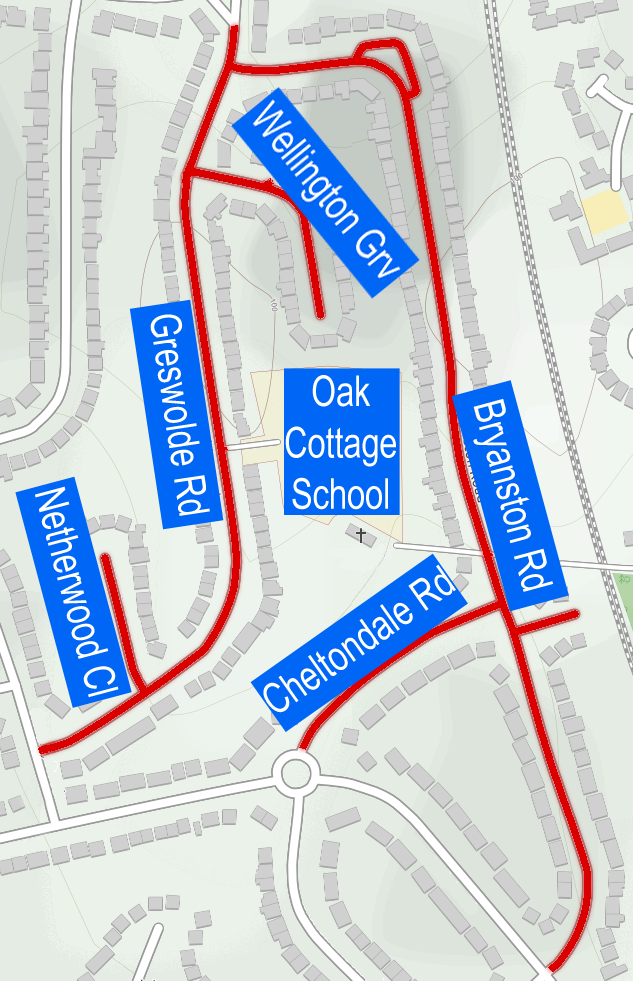 This September a dramatic pilot scheme, “School Streets”, will exclude non-residential traffic from driving in or through zones around three schools.

Eleven Solihull schools applied to be part of the trial, which aims to tackle a growing traffic management problem near many schools and:

A 20mph speed limit will also be in force in the exclusion zone (right).

Later in April the Council will engage with residents, the school and parents to explain more about the scheme.

What do you think? Is it a much-needed change, or an unnecessary complication?

The leader of the Tory-controlled Council described a "massive challenge over the next few years to deliver public services with a much lower level of funding than previously.” 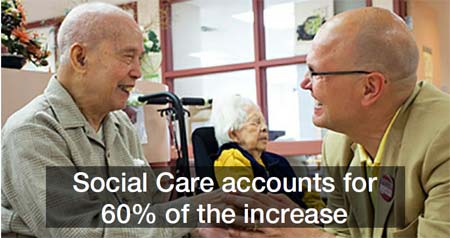 This is particularly true for adult social care with an ever increasing demand for services.
The situation is worsening, meaning delays when patients occupying beds are ready to leave hospital or other care.

The proportion of such "delayed days" in Solihull, caused by Social Care problems, rose by 40% in two years.

Will the Government Deliver?

Lib Dem Councillor John Windmill told the March Council meeting that the country needs a complete review of health and social care funding. He said Council Tax was the wrong way to fund social care, because the tax isn’t related to someone’s “ability to pay”.

The Chancellor's recently promised Green Paper may just rehash the proposals of a Royal Commission and two previous white papers (none of which have been implemented). Without complete reform, his Budget’s extra cash will prop up the old failing system, instead of building a new one.

The Local Government Association (LGA) says that rates of fly tipping have soared in Solihull. Addressing problems like this costs money.

Meanwhile cuts continue to be made here. For example, the LGA estimates that Solihull's spending on Food Safety has halved since 2013/14.

Thursday 4th May sees the election to choose a Mayor, responsible for leading all of the West Midlands urban area.

Our Liberal Democrat candidate, Beverley Nielsen, has had a successful career in business and education.

Beverley said: "As your Mayor, my priority will be to give our region a bigger voice and ensure that this Tory Government, so intent on cuts, does not pass us by - as has so often happened.

"I will ensure that Solihull's interests are protected, for example if the imminent combining of Solihull and Birmingham’s NHS commissioning goes ahead.

“I will work tirelessly to promote Solihull's interests, economic and social, and to ensure these are not drowned out by neighbouring Labour-run councils". 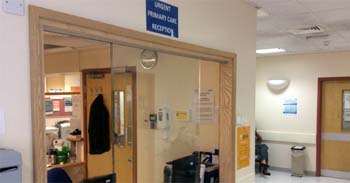 What’s it for and when should you use it?

It’s for patients with urgent (but non-life-threatening problems) and is at the front of the hospital alongside the Minor Injuries Unit.

How to Decide Where to Go

For most illnesses or injuries, local health experts recommend you first contact your pharmacist or GP surgery.

Of course, if you have a life threatening illness call 999 or go immediately to A&E.

If you are not sure what to do you can phone NHS 111 which is staffed 24 hours a day.
This service has recently been improved to give advice or direct you to the best local service for your needs; perhaps an out-of-hours GP, or the new Urgent Care Centre, for example.

But Tory pet-projects get funding 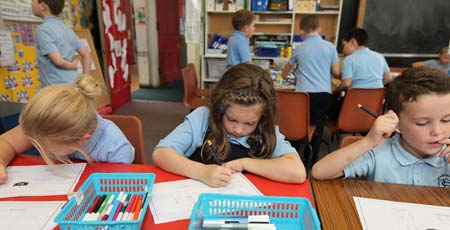 Schools across Solihull will see real-terms budget cuts in the next three years, but the Government can still find millions for their Grammar School vanity project.

An increase in spending for Grammar Schools will widen the gaps in the quality across our education system.

The Government is also promising yet more money for free schools while local schools are struggling for the cash they need for staff and equipment.

The government claims the new ‘funding for schools’ formula is fairer. We say it’s likely to just be more equally inadequate!

The National Audit Office said schools across the country needed to find £3bn in savings by 2020. Pressures from teachers' unfunded NI, pensions and pay rises, are squeezing school budgets.

Teaching Unions estimate the reduction in funding across schools in Solihull will total £10m, in real terms by 2020, under current proposals. As we went to print even some Tory MPs were asking the Government to think again.

The developers said recently that, "at this time", they can't commit to Touchwood's expansion due to the current economic environment.

A number of people contacted us after the last Focus article told you the Council was considering fortnightly black bin collections (no decision yet).

Surprisingly, we had a Tory Councillor saying we were 'stirring' which was odd - everything we wrote was taken from Council minutes (published on the Council website)! Perhaps he didn’t want you to know. We think you have every right to.

Ever wondered where your recycling goes?

Go online to see. It's fascinating (and - no - it doesn't go to landfill!)

Please do recycle when you can, it's really important for our environment.

Jo spent her first few weeks in the job meeting people and visiting various Olton groups and activities. She met the Residents Association and joined the 'Literary Litter Pickers'.

She's also been connecting people to the local services they need.

In our last Focus we mentioned the lack of consultation, so far, over our region’s NHS Sustainability and Transformation Plan. This plan will mean a major re-organisation of services.

Birmingham Council’s Chief Executive, Mark Rogers was overseeing the plan, but has now left. Now consultations are promised 'from April'.

Following the storm, Solihull had reports of 143 trees down, including a large tree across St Bernards Rd.

Please let us know if you are concerned about public trees in parks or roads. I have been called by Mickleton Green Space residents to check the safety of trees close to their properties. 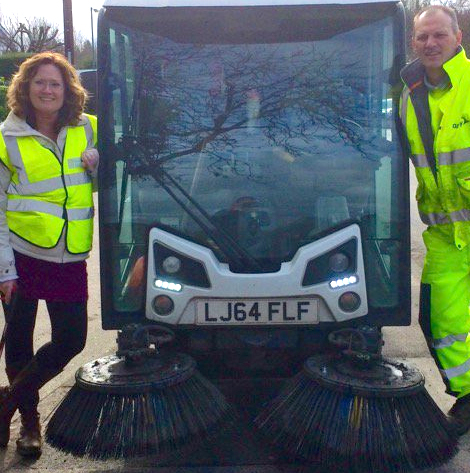 Later, Chris arranged for a street sweeping machine to clean up Richmond Road, when it wasn't lined with cars.

Want to tidy up your area with your own Litter Picking Group?

Get in touch (details here) and let us know.