Sarah Jane Downing, a victim of rogue surgeon Ian Paterson, put her concerns to officials from the Care Quality Commission in a telephone meeting arranged by local MP Lorely Burt. 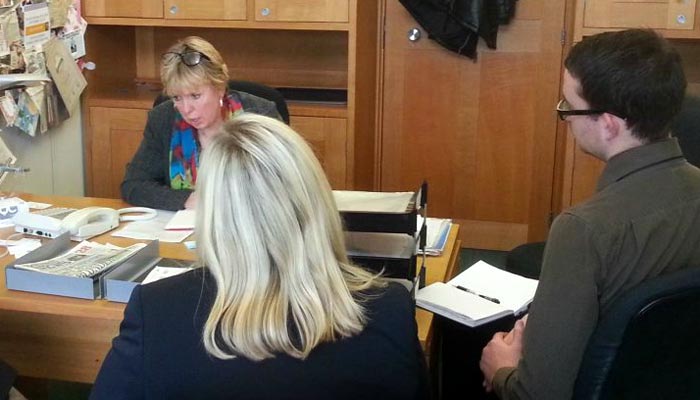 CQC officials admitted their previous inspection regime had not been tough enough to spot the problems or to identify that Spire had failed to stop Mr Paterson performing unapproved or unnecessary operations.

They assured Ms Downing future inspections would be much tougher, with the possibility of prosecutions if the hospital failed to reform so that similar tragedies could never happen again.

Ms Downing is one of many people given unnecessary or unauthorised surgical procedures by Mr Paterson at Spire Parkway in Solihull. Spire Healthcare, the private company that runs the hospital, says Mr Paterson is liable to the victims and is refusing to pay compensation.

Mrs Burt promised Ms Downing she would assist her in any way possible as she presses her complaint through the Independent Healthcare Sector Complaints Adjudication Service.

“Thanks so much to Lorely Burt for organising this meeting with the CQC.

“I am very pleased with the exchange of information shared, and very hopeful that we shall now be able to make the next step towards gaining justice for the patients harmed by Mr Paterson and Spire Healthcare.”

“Sarah Jane did a fantastic job putting her concerns to the CQC officials and I hope they took away from it a powerful perspective on what the victims are going through.

“I am continually amazed by the courage and dignity of Ian Paterson’s victims and I hope they will get the justice they deserve as soon as possible. Sadly for some it is already too late.

“Eyes will now be on the CQC to help make sure this can never happen again.”