In early 2020 Solihull and Meriden Liberal Democrats led the fight to save our Ambulance Station. 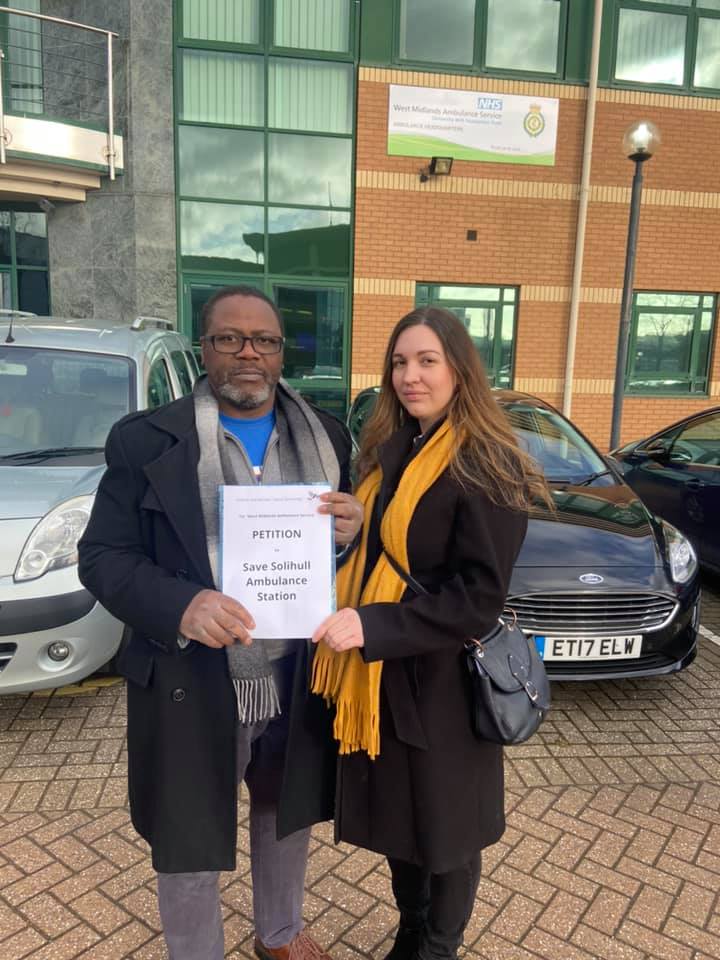 At the end of 2019, we heard rumours that it was indeed due to be closed at the end of January 2020. As soon as we had confirmation that this was true, we launched a petition which was signed by 1300 Silhillians and presented by Cllrs Ade Adeyemo and Laura McCarthy to West Midlands Ambulance Service HQ. You can see the petition here.

Despite a cross party effort, including a debate during Full Council and an offer of another site for the base from a Conservative Councillor, the ambulance station was closed at the end of January 2020.

We will continue to fight against the loss of services in Solihull.