The Liberal Democrat Minister for Schools has asked his civil servants to look at the funding formula for schools in Solihull following a meeting with local campaigners. 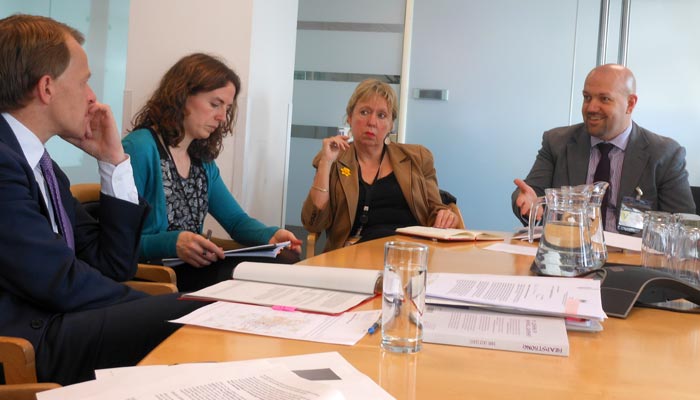 Professor Sheldon believes pupils living in Birmingham should attract the same amount of funding whether they go to school in Birmingham or Solihull. He put his proposals to Mr Laws in a meeting at the Department of Education organised by local MP Lorely Burt.

“It was a very constructive meeting in which the Minister for Schools appeared to take on board our arguments related to the special case in Solihull schools where we are at a funding disadvantage compared with schools in Birmingham and Coventry.

“Our Forum members were much encouraged by the tenor of the meeting and the continued strong support of both local MPs Lorely Burt and Caroline Spelman prior to and at the meeting.”

“I was very grateful to Derek and the others for coming all the way to London to put these very sensible proposals to a senior Lib Dem Minister. I’m also grateful to David for promising to look into Derek’s suggestions.

“Our teachers in Solihull do a great job but it can’t be right to ask them to do it on a tighter budget than elsewhere while facing much the same pressures.

“If they’re going to be teaching kids from Birmingham they should get the same money as schools in Birmingham.”