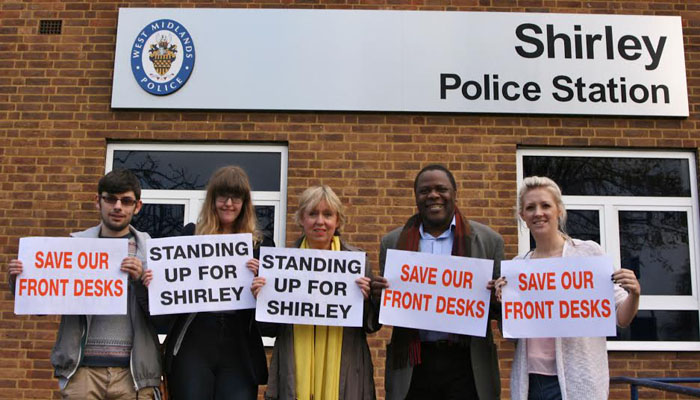 "Local police stations are a valuable part of their communities. I hold my weekly constituency surgeries in the same building as Shirley Police Station so I have seen how vulnerable people rely on it.

"I have noticed several troubling things about these proposals which I will be taking up with the police.

"The consultation on these closures did not use a weighted sample and only 320 people took part in the online questionnaire - out of 5.6 million across the West Midlands.

"I would also like to know what alternatives the police have looked at.

"This is a low-crime area and I want to keep it that way. Why does it feel like every time we have to share a service with Birmingham it's our area that gets the chop?"