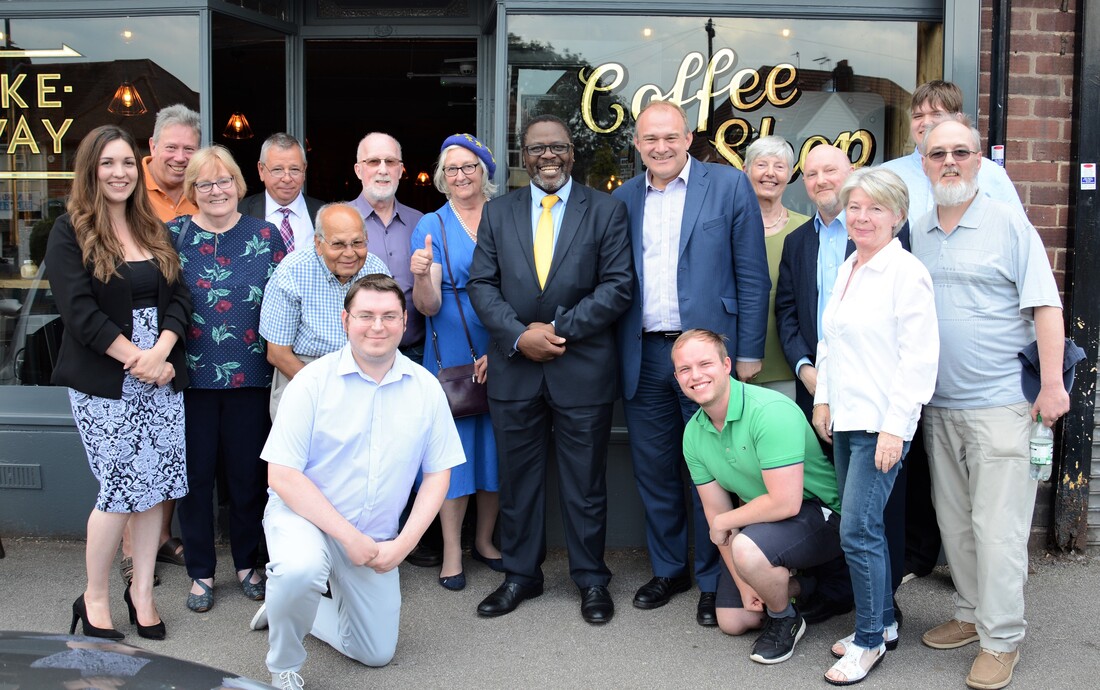 Ed Davey, the MP for Kingston and Surbiton, won the leadership election on Thursday morning, receiving 42,756 votes against Layla Moran's 24,564.

"Ed is a formidable leader and campaigner and he is just what the Liberal Democrats need at this moment in time.

"Liberal Democrats are well known for being hard workers locally. However, that has not translated into national votes. Ed understands this and he has my full backing in his efforts to improve the fortunes of our party nationally".

Councillor Laura McCarthy (Elmdon) expects more focus on the West Midlands under Ed Davey's leadership. She said, "Having Ed Davey as Leader of the Lib Dems is good news for all Silhillians.

"Ed Davey is a strong supporter of the work we do locally in Solihull and Meriden and I am looking forward to working with him as our Leader".

Sir Ed Davey supported Councillor Adeyemo and Councillor Laura McCarthy's campaigns in the 2019 snap general election and he is keen to broaden his party's appeal away from London and the South East, with more support for the West Midlands and regional seats such as Solihull and Meriden.

In his acceptance speech he announced his plans to begin rebuilding the party to national relevance and launched a national listening project, stating that for the Party "it is time to start listening".

Speaking at the declaration today, Leader of the Liberal Democrats Ed Davey said:

"I'm determined our Party backs a Britain that works with other countries across the world for peace and prosperity. But it is my love of our party that makes me recognise that we have to change.

"We have to wake up and smell the coffee. Nationally, our party has lost touch with too many voters.

"Yes, we are powerful advocates locally. Our campaigners listen to local people, work hard for communities and deliver results.

"But at the national level, we have to face the facts of three disappointing general election results.

"Nationally, voters have been sending us a message. But we have not been listening.

"It is time for us to start listening. As leader I am telling you: I have got that message. I am listening now."