Liberal Democrats have been representing residents in Lyndon for many years. Currently Ade Adeyemo and Kathryn Thomas are your Lib Dem representatives on Solihull Council.

Tony Ludlow stepped down from the Council in 2018. 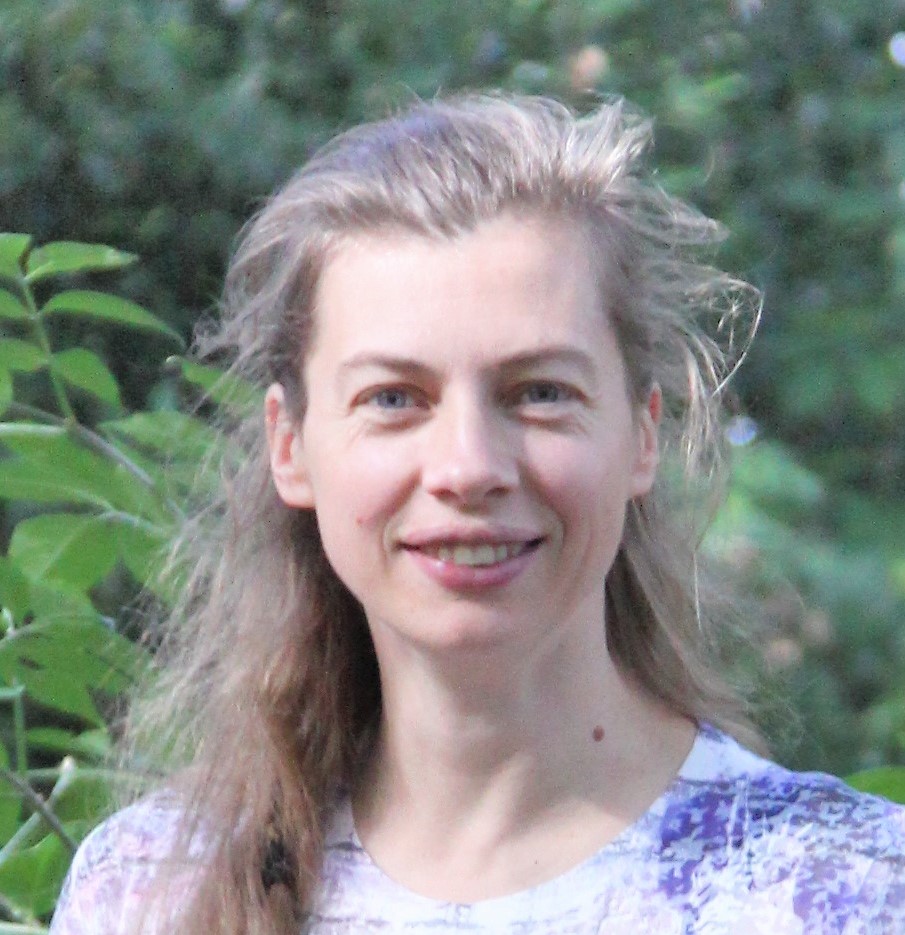 Kathryn Thomas followed in the footsteps of the many hard working Liberal Democrat councillors in Lyndon and was elected in May 2019. 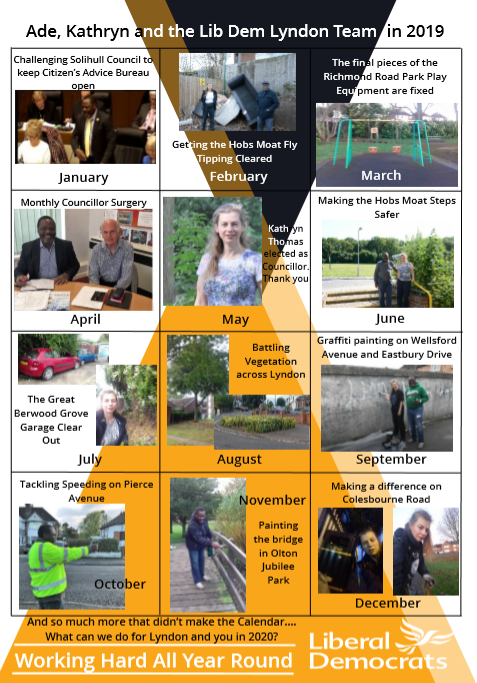 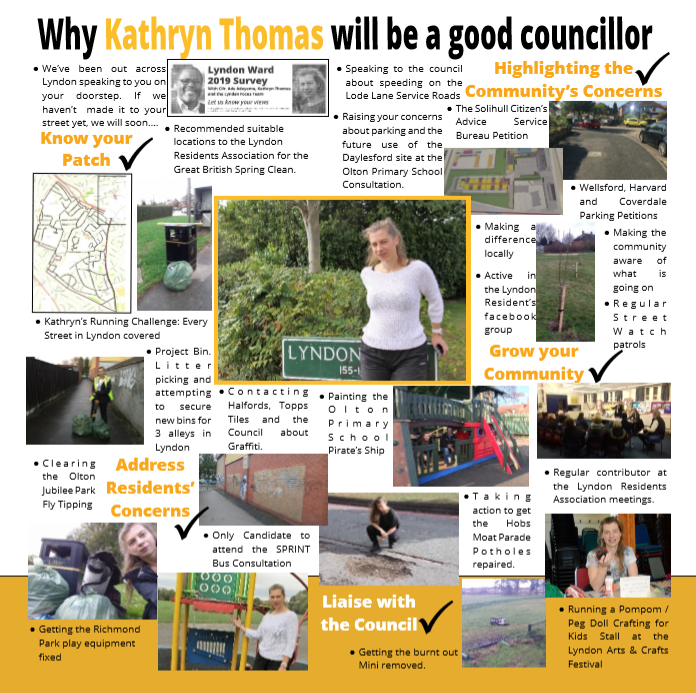 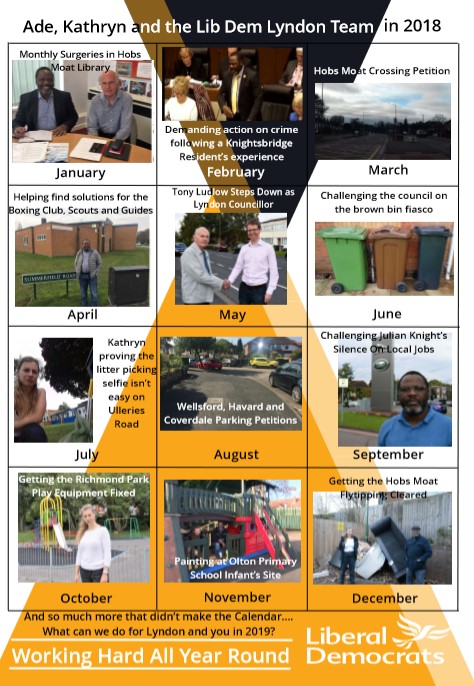 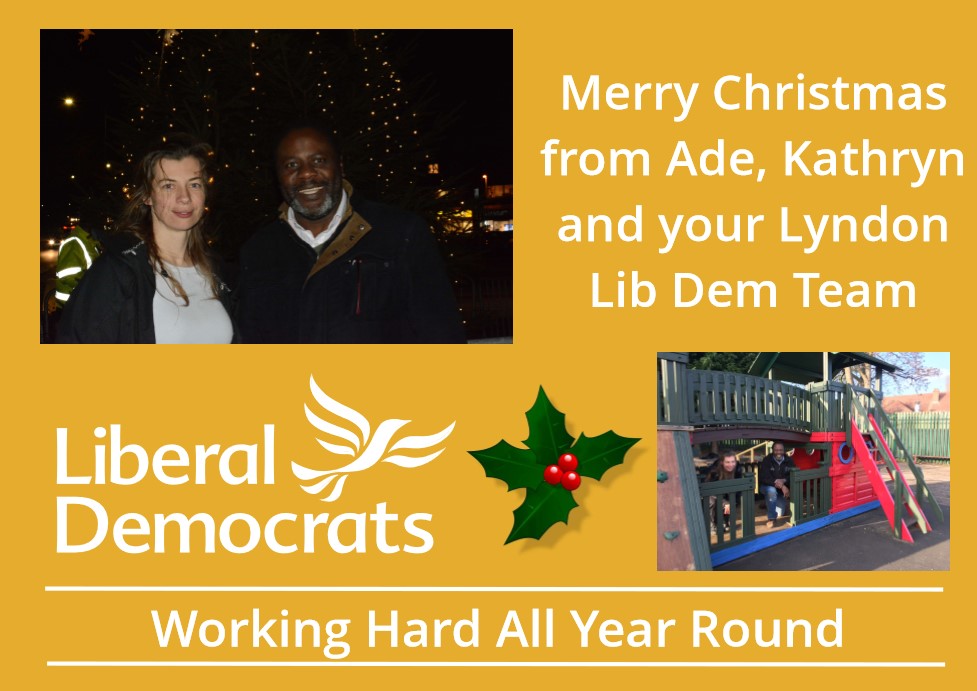 October 2018: Local Lib Dem campaigner and mother, Kathryn Thomas, has called for broken play equipment in local parks to be repaired or replaced. Lib Dem Councillors have notified Solihull Council who have assured us that equipment will be fixed as soon as possible. 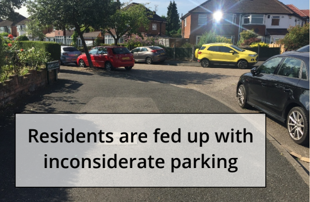 Lock it or Lose it! 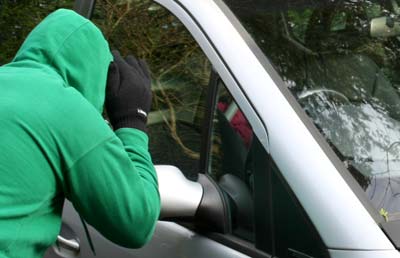 Earlier in December, local Lib Dem Councillors from Elmdon and Lyndon Wards joined Police Officers stationed at Winchcombe Road for a Vehicle Crime Awareness initiative in the early evening. This resulted in a very productive patrol along Castle Lane and Knightsbridge Road checking motor vehicles along the route back to the Police Station to see if they were locked. A considerable number were found to be unlocked and the owners were advised and given the opportunity to lock them.

Commenting, Councillor Tony Ludlow said: "Residents are reminded to make sure that their cars are securely locked when they are unattended.

It is also important in this cold weather not to leave the car running in order to defrost the windscreen while you nip back into the house for a cup of tea. Don't make it easy for car thieves!" 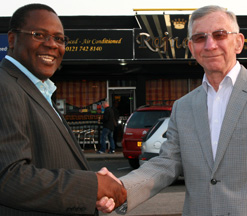 Lyndon Lib Dems this week said a fond goodbye to former Lyndon Councillor Ken Rushen who is moving out of the area. Ken Rushen was Councillor for Lyndon Ward for 8 years between 2007 - 2015 during which time he worked tirelessly to help the people of Lyndon. A retired Civil Engineer, Ken is a expert on Highways and Transportation and was instrumental in shaping the Council's policies during his tenure.

"Ken has given wonderful service to the people of Solihull and it has been a pleasure to work with him over the past few years here in Lyndon. As a colleague, friend and mentor, Ken's local knowledge is second to none. We will all miss him and we wish him well for the future."

Olton Station car park regularly fills up before 8.30am. Rail users feel forced to park in nearby streets, and yellow lines push them further and further away. In a rush, they often park inconsiderately.

Car use has been falling across the West Midlands, except in Solihull, where commuting times have increased.

Ade Adeyemo says, “Olton Station is an absolutely critical transport hub for the residents of Lyndon and it is essential that access to the station is improved. Rail travel is also good for the environment and we must encourage people to 'let the train take the strain'."

"Whilst encouraging railway travel, something must be done to improve parking for rail users and also to alleviate the problems caused by rail users parking on nearby roads in Lyndon Ward."

"At the moment, the balance is not right and nearby roads are regularly clogged up with railway users who are forced to park on local roads due to the lack of adequate parking facilities at Olton Station."
"
Your Lyndon team want to know your ideas and preferences to solve this problem for the benefit of all rail users and residents. Please fill in our Olton Station Survey. 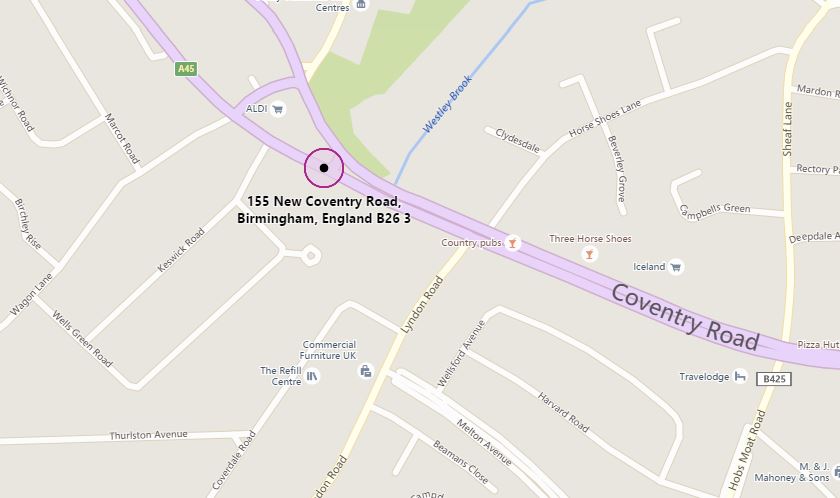 Birmingham City Council (BCC) on 21st January 2016 approved the planning application for a change of use for the former Solihull Auto Centre at 155 New Coventry Road, Sheldon.

BCC's Planning Committee sat to consider the application by the Manarat Foundation to use the premises as a community, educational and prayer centre in addition to their present accommodation at 2051 Coventry Road, Sheldon.

BCC approved the plans with the proviso that the Manarat Foundation must continue to marshal parking around the site.

Your Lyndon Lib Dem team are closely monitoring the situation and are committed to working with the Police and local residents to ensure that local residents are not inconvenienced by inconsiderate parking.

Concerns have been raised about speeding vehicles in Castle Lane and the danger of collisions at junctions where the visibility is less than ideal and particularly where the No. 58 bus route joins Castle Lane.

Council officers have been advised of these concerns but despite recent accidents involving a motorcyclist and damage to vehicles and other property, they maintain that average speeds around 30 mph have been registered recently and slow down signs on the Castle Lane are adequate.

Your Lib Dem Team will continue to monitor the situation in this area.